Ben Moynihan, a 17-year-old misogynist terrorist who tried to kill three random women over frustration that he was still a virgin

A British misogynist terrorist tried to kill three random civilian women because he was still a virgin. He was 17 at the time.

In court, the International Business Times reports, Moynihan “went on the rampage against ‘fussy’ women as an act of revenge because everyone around him was losing their virginity and he had not.”

One of the notes Ben Moynihan left behind

Male entitlement literally leads to the death of women. ??Elliot Rodger? and ?Ben Moynihan? are sexist terrorists. Misogynist terrorism is out of control.

Per usual, the media has not used the term “terrorist” to describe Ben Moynihan?. But if a man attacks random civilian women with overtly misogynist motives, this is clearly an act of terrorism, according to any rational, consistent definition of the term. This obvious double standard in the use of the term “terrorism” remains persistent, nevertheless. It leads to journalists having to publicly ask “Was Elliot Rodger a Terrorist?”

It is also never mentioned that Moynihan is white, whereas, had this attack been carried out by an Arab, such a fact would be made known in the first paragraph of virtually every article.

Moreover, the same racist media that treats “Islamic” terrorists as representative of all of Islam—a religion with 1.6 billion adherents—is fervently insisting that Moynihan is mentally ill… even though he explicitly wrote in a note he left behind “I am not a psychopath.”

Another of the notes Ben Moynihan left behind

This is not to deny that Moynihan is not ill. Self-diagnosis means little to nothing; he clearly is. Rather, it is to point out that the hegemonic, racist double standard in society that leads to the media not giving other terrorists the same leeway as white men like Moynihan. In the recent “Islamic” terrorist attacks on the racist Charlie Hebdo publication, for instance, the Kouachi brothers who carried out the murders were never identified as mentally ill. Why can’t other terrorists be mentally ill too?

Generally speaking, if you are a white terrorist, the media will claim you are mentally ill, even if you insist to the contrary; if you are a terrorist of color, on the other hand, you are to be treated as representative of your entire culture/race/religion.

As scholar Juan Cole quips in his article “Top Ten differences between White Terrorists and Others,”

4. The family of a white terrorist is interviewed, weeping as they wonder where he went wrong. The families of other terrorists are almost never interviewed.

These all hold true in the media treatment of misogynist terrorist Ben Moynihan. 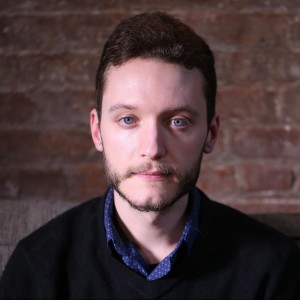