Obama Administration Officials Not Worried About Drop in Oil Prices 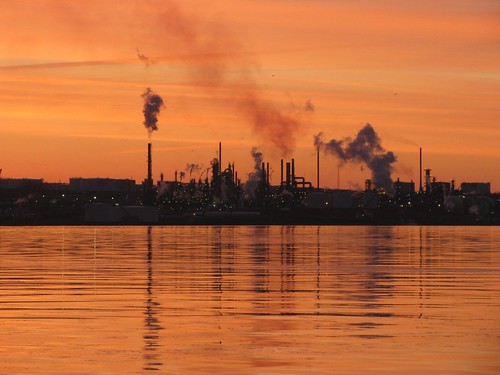 Amid the significant drop in oil prices, it may be expected officials in the Obama administration would consider changes to their energy policies.

Cities expecting the fracking boom to continue are seeing the bubble pop right in their face. Goldman Sachs, noteworthy for its dependence on oil and natural gas on profits, believes prices will drop to $40 per barrel over the next six months.

Saudi billionaire Prince Alwaleed bin Talal explained the situation was an issue of oversupply and lack of demand. He personally thought oil prices rising to more than $100 per barrel had been “artificial.”

U.S. Energy Secretary Ernest Moniz announced the U.S. would not change any of its energy policies and will continue to produce more oil for this year.

“The high-level message is that we continue to reduce our import dependence as we produce more oil domestically,” Moniz said.

President Barack Obama told an audience at Knoxville, Tennessee, on January 9, that things were going fine for consumers due to the low oil prices:

America is now the world’s No. 1 producer in oil, gas. We’ve doubled the production of clean energy. And, by the way, you’re saving about a buck-ten a gallon at the pump over this time last year. Although I keep on reminding folks, gas prices, they go up and they come down and then they go up. So I just want everybody to know that you should enjoy this. Take the money you’re saving, pay off the credit card or go get a new appliance, or buy a fuel-efficient car — so that when prices go back up, you’re still well-positioned.

Within the same article where this quote appears, executives of automobile companies suggest prices will be rising again soon. (Although, it can be argued car companies will be profiting more from low oil prices than oil and gas companies.)

Such rhetoric displayed by Obama administration officials is in contrast to the pessimistic outlook given by Texas Governor Rick Perry. Essentially, Perry believes there will be a “painful period of time” before oil prices may rise again.

There is a lesson in all of this, of course, on the role of capitalism. David Harvey wrote in Limits to Capital on how “capitalism reaps the savage harvest of its own contractions.” In this case, countries like the U.S. are reaping benefits.

Jack Gerard, president and CEO of the American Petroleum Institute, acknowledged low oil prices are hurting oil companies yet he believes the U.S. will be a champion of oil production in the future.

Russia, Venezuela and Iran are suffering from low oil prices. In addition, American allies such as Saudi Arabia are also suffering. The difference is they do not want to admit it.

As DeSmogBlog journalist Steve Horn noted in an interview with The Real News on December 3 last year, the big winners, if there should be, are the large oil companies:

Well, these big oil companies are not going to be hurt in any major way by the price of oil going down. In fact, even a company like Continental Resources–Harold Hamm’s company–he’s gone out and said, well, bring it on in that way, or we can handle something like $40 per barrel of oil. So the real ones who we hurt are the smaller producers, these more mom-and-pop type shops that are operating in a lot of the shale basins. And that also means that a lot of the promises that were given to local communities and fields like the Tuscaloosa Marine Shale just can’t possibly come true, based on the fact that it’s mostly smaller producers and they’re extremely reliant on the high price of oil.

Obama Administration Officials Not Worried About Drop in Oil Prices