$1.1 Trillion Crime-nibus Budget Bill Creates Future Financial an Other Horrors for Me and Thee

First up: Michael Hudson’ ‘Playing the Pension Funds’. (By the by, if you can identify the painter of the piece behind him, I’d love to know.) This isn’t as long as it looks…okay, maybe it is…

If you’d prefer to read the transcript, it’s here. The spoiler: the explanation of the calumny created originally is a bit long, but here’s the upshot for the impatient ones among us:

‘So they’re going to privatize all of the pension funds. And by making your own choice, what this really means is the individual employees are going to have to turn over their funds to the same Wall Street companies–Goldman Sachs and Northern Trust–that have managed the–mismanaged the corporate pension funds and the union pension funds. And so the whole idea is that all of a sudden, now that employment is not growing, now that wages are not growing, instead of making profits by underpaying labor, Wall Street’s going to make profits just by siphoning off all of the savings that have been put aside in advance to pay the pensions. The argument will be, I’m sorry, folks, there’s not enough to pay the pensions, or the Wall Street calculators who made these forecasts made a terrible mistake. Unfortunately for you, under the law that Congress has just rewritten, not only do they get paid before you, but we’ve just canceled the government’s responsibility to insure you. We’ve taken away your insurance. That’s going to be the fight that we’re seeing.’

Lambert Strether of Correntewire cross-posting at Naked Capitalism brings news and views on who could be adversely affected by the Kline-Miller amendment. The bottom line: 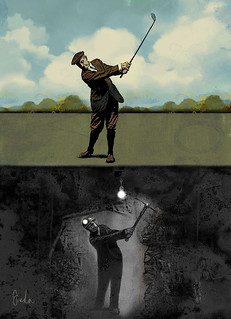 ‘What could go wrong? The bottom line here is that the legalities and the contractual relations and whatever moral commitments were made don’t really matter. What does matter is that whenever there’s a big pot of money lying around that theoreticallly should go to working people — say, retirement funds, but it could be anything — Congress can retrade whatever deal put the money into the pot, and years after the fact, too. Oh, and workers lose the right to challenge the cuts in court. Nice!’

He also rightly asks why neither Elizabeth Warren nor any other democrats railed against the amendment as they did against the push-out on derivatives section 317. (more about that soon)

$1.1 Trillion Crime-nibus Budget Bill Creates Future Financial an Other Horrors for Me and Thee