Who Should Get Their Comeuppance in 2015? How Will You Make It So?

So I’m reading year-end news wrap-ups and I’m thinking, “I want to see some of these sick bastards get their comeuppance next year!” 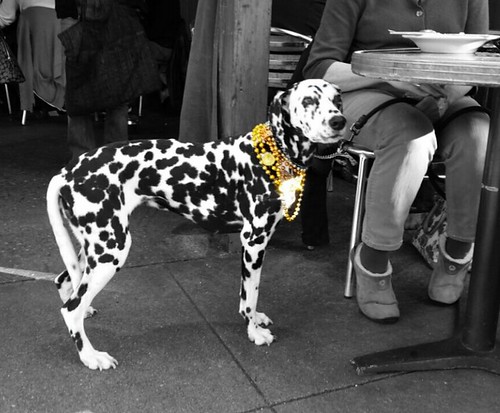 I’m tired of reading these phrases, “Nobody was fired for…” “Nobody has been prosecuted for…” or “None of the perpetrators are in jail for…” and of course, “Technically it was legal.”

Who do you want to see get their comeuppance?  Are you doing anything now to make that happen? If it happens, would you be satisfied, or would you want more? I didn’t say justice, but comeuppance. (I like the word, I used to challenge a friend of mine to use it, which was hard since he wrote mostly about CAD/CAM products.)

In 2015 I want to see photos of perp-walks and hear about sentences that fit the crimes. I want to read about a high-level person going to jail because his abused underlings rolled on him and the prosecutor needed a bigger fish to fry. I want to read stories about the people and systems that weren’t subverted with the right amount of lying, lawyering, lobbying and lucre.

I also crave the old-timey ripple effect of justice. When justice is carried out, it is supposed to change people’s behavior.  Not just on the people who got punished, but the people around them.

If you saw your boss arrested, handcuffed and led out of the office for knowingly and willfully delaying the disclosure of drinking water contamination with secret fraking ingredients, it might change your attitude about your future actions.

However, if you constantly see people avoiding punishment, it becomes a sick joke.  We cynically sigh and say, “Forget about it Jake, it’s Cheneytown.”

The thought leaders in avoiding justice, people like Yoo and Cheney, understood that to get what they want they needed to make things that were illegal, legal. They had to convince people that immoral acts were necessary, even moral.

All this is designed for the people in an organization who are working from a traditional legal or moral framework. If they have new legal and ethical precepts to hang their conscious on, they are good to go.  But not everyone is so intellectually and morally flexible.

I think a lot about the people in organizations who push back against actions that they knew/know to be wrong. What are the subtle or not so subtle ways they fight for what is right? Maybe you are one of those people.

Sometimes we get accidental justice or karmic justice, which might have been nudged along by someone who understands the need for justice, “Opps, we accidently released too much information in the FOIA request!”  But I also really want to see intentional justice done.

For that to happen we need to help the people who actively work to make justice happen. That’s why I’m a huge fan of The Center for Media and Democracy. They have done kickass research and reporting on groups like the Koch Brother’s front organizations and ALEC. They recently got the 100th company, eBay, to cut ties with ALEC. That’s a big f’ing deal.

As I and my friends at Color of Change, Media Matters, and @StopRush learned, when you start making an actual impact on things people in power care about, they notice and hit back, hard.

It infuriates me knowing all these groups struggle for money. If we can mess up the entire right wing radio industry advertising model, isn’t that worth something to the left?  If funders say, “Well we never listen to RW radio anyway.” They are naive about the power that it has to push radical right wing ideas into the public and the mainstream media.

It’s hard to keep fighting, especially when some on the left don’t see the value.

We can’t count on billionaires, we need help from thousandaires.

I have a desire to see justice served, to see someone get their comeuppance. I want to have an observable impact on the institutions and people who are hurting America. But some people and organizations on the left think we should just be satisfied knowing we are “fighting the good fight.”

RW pundits who write “best seller” books that nobody actually buys or reads are treated as Very Serious People by the media because they are promoted and groomed to push their radical ideas.   Let me give you an example.

Number one on the Comeuppance List is Dick Cheney. Wouldn’t it be nice for someone to push back on Dick Cheney and the RW who have mainstreamed the acceptance of torture? (“What about the tough questions from Chuck Todd, Spocko?” Don’t make me laugh, I have chapped lips.)

Right now I’m helping Dr. Rebecca Gordon get on radio and TV shows to talk about her book Mainstreaming Torture.Ethical Approaches in a post 9/11 America. I want her to describe how Cheney and torture pushers changed minds and attitudes and how to fight back.

We missed an opportunity to talk about the Senate torture report on KQED, because one of the 12 Heritage Foundation PR people had already booked three of their research fellows on the radio show.

Dr. Gordon has no team pitching and prepping her. Later when I wanted to get her on a video podcast I didn’t have the lights or quality microphones to do it, unlike the Heritage Foundation whose fellows talk to hosts from their professional radio studio and control room in DC.

And what were some of the issues I wanted Dr. Gordon to cover? What Digby summed up on the Majority Report this week, The new American public attitude about torture, “It’s okay, I can live with that.” Torture has become just another issue to be haggled about. That’s not okay.

When nobody is fired, prosecuted or goes to jail for torture, that is a war of ideas that we are losing. When nobody gets their comeuppance and no justice is served, those ideas take root on the right, influence the middle and increases cynicism on the left.

I’m not a cynic, so this year I want to take some actions that lead to justice, or at least some comeuppances.  Happy New Year!

Who Should Get Their Comeuppance in 2015? How Will You Make It So?