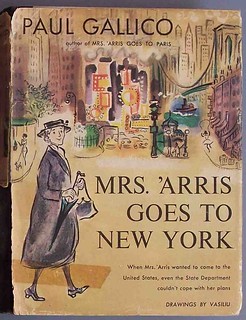 As is often the case, I’m not real sure when I first became aware of Paul Gallico and his writing. It may well have been reading something of his in some anthology of various sports writing or it could have been short stories in the Saturday Evening Post or it may have been just seeing his novels on the shelves at the public library. Here’s his wiki intro:

Paul William Gallico (July 26, 1897 – July 15, 1976) was an American novelist, short story and sports writer. Many of his works were adapted for motion pictures. He is perhaps best remembered for The Snow Goose, his only real critical success, and for the novel The Poseidon Adventure, primarily through the 1972 film adaptation.

Gallico appears to have been one of the breed of writer who covered sports rather than just a “sports writer.” From the Goodreads.com bio:

He went to school in the public schools of New York, and in 1916 went to Columbia University. He graduated in 1921 with a Bachelor of Science degree, having lost a year and a half due to World War I. He then worked for the National Board of Motion Picture Review, and after six months took a job as the motion picture critic for the New York Daily News. He was removed from this job as his “reviews were too Smart Alecky” (according to Confessions of a Story Teller), and took refuge in the sports department.

During his stint there, he was sent to cover the training camp of Jack Dempsey, and decided to ask Dempsey if he could spar with him, to get an idea of what it was like to be hit by the world heavyweight champion. The results were spectacular; Gallico was knocked out within two minutes. But he had his story, and from there his sports-writing career never looked back.

He became Sports Editor of the Daily News in 1923, and was given a daily sports column. He also invented and organized the Golden Gloves amateur boxing competition. During this part of his life, he was one of the most well-known sporting writers in America, and a minor celebrity. But he had always wanted to be a fiction writer, and was writing short stories and sports articles for magazines like Vanity Fair and the Saturday Evening Post. In 1936, he sold a short story to the movies for $5000, which gave him a stake. So he retired from sports writing, and went to live in Europe, to devote himself to writing. His first major book was Farewell to Sport, which as the title indicates, was his farewell to sports writing.

It appears Gallico was George Plimpton before Plimpton was even born. Further from his wiki:

Gallico’s career was launched by an interview with boxer Jack Dempsey in which he asked Dempsey to spar with him, and described how it felt to be knocked out by the heavyweight champion. He followed up with accounts of catching Dizzy Dean’s fastball and golfing with Bobby Jones. He became one of the highest-paid sportswriters in America. He founded the Golden Gloves amateur boxing competition. His book, Lou Gehrig: Pride of the Yankees (1941) was adapted into the sports movie The Pride of the Yankees (1942), starring Gary Cooper and Teresa Wright.

I definitely was not aware of his involvement with the Golden Gloves. Just that information alone makes him influential but that is just a start.

A few of his books may well be described as children’s books but they never seemed to talk down to the children. As a cat person, I did enjoy Jennie. Thomasina may be better known as a Disney movie.

While the wiki intro mentions The Snow Goose is most likely his best known work, it is the other book mentioned that most likely merits that description today. While most people may know The Poseidon Adventure as an epic movie, I remember the book first as a stirring adventure. I do know I never saw the movie until it had been out for years as the movie can rarely match the book.