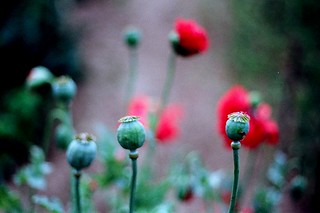 In 2013, Afghanistan upped its opium poppy cultivation by 36%.

Let’s play a game, the kind that makes no sense on this single-superpower planet of ours. For a moment, do your best to suspend disbelief and imagine that there’s another superpower, great power, or even regional power somewhere that, between 2001 and 2003, launched two major wars in the Greater Middle East. We’re talking about full-scale invasions, long-term occupations, and nation-building programs, first in Afghanistan and then in Iraq.

In both countries, that power quickly succeeded in its stated objective of “regime change,” only to find itself mired in deadly conflicts with modestly armed minority insurgencies that it simply couldn’t win. In each country, to the tune of billions and billions of dollars, it built up a humongous army and allied “security” forces, poured money into “reconstruction” projects (most of which proved disasters of corruption and incompetence), and spent trillions of dollars of national treasure.

Having imagined that, ask yourself: How well did all of that turn out for this other power?  In Afghanistan, a recent news story highlights something of what was accomplished.  Though that country took slot 175 out of 177 on Transparency International’s 2013 Corruption Perceptions Index, though its security forces continue to suffer grievous casualties, and though parts of the country are falling to a strengthening Taliban insurgency, it has for some years proudly held a firm grip on one record: Afghanistan is the leading narco-state on planet Earth.

Meanwhile, where there once was Iraq (171st on that index of kleptocracies), there is now a Shiite government in Baghdad defended by a collapsed army and sectarian militias, a de facto Kurdish state to the north, and, in the third of the country in-between, a newly proclaimed “caliphate” run by a terror movement so brutal it’s establishing records for pure bloodiness.  It’s headed by men whose West Point was a military prison run by that same great power and its bloodthirstiness is funded in part by captured oil fields and refineries.

In other words, after 13 years of doing its damnedest, on one side of the Greater Middle East this power has somehow overseen the rise of the dominant narco-state on the planet with monopoly control over 80%–90% of the global opium supply and 75% of the heroin. On the other side of the region, it’s been complicit in the creation of the first terrorist mini-oil state in history, a post-al-Qaeda triumph of extreme jihadism.

A Fraudulent Election and a Collapsed Army

Though I have no doubt that the fantasy of relocating Washington’s deeds to Beijing, Moscow, Tehran, or any other capital crumbled paragraphs ago, take a moment for one more experiment.  If this had been the work of any other power we thought less well of than we do of ourselves, imagine the blazing headlines right now.  Conjure up — and it shouldn’t be hard — what the usual war hawks would be spouting in Congress, what the usual suspects on the Sunday morning talk shows might be saying, and what stories cable news networks from CNN to Fox would be carrying.

You know perfectly well that the denunciations of such global behavior would be blistering, that the assorted pundits and talking heads would be excoriating, that the fear and hysteria over that heroin and those terrorists crossing our border would be somewhere in the stratosphere.  You would hear words like “evil” and “barbaric.”  It would be implied, or stated outright, that this avalanche of disaster was no happenstance but planned by that same grim power with its hand on the trigger these last 13 years, in part to harm the interests of the United States.  We would never hear the end of it.

Instead, the recent reports about Afghanistan’s bumper crop of opium poppies slipped by in the media like a ship on a dark ocean.  No blame was laid, no responsibility mentioned.  There were neither blazing headlines, nor angry jeremiads, nor blistering comments — none of the things that would have been commonplace if the Russians, the Chinese, or the Iranians had been responsible.

Just about no one in the mainstream excoriates or blames Washington for the 13 years leading up to this.  In fact, to the extent that Washington is blamed at all for the rise of the Islamic State, the focus has been on the Obama administration’s decision not to stay longer in Iraq in 2011 and do even more of the same.  (Hence, President Obama’s recent decision to extend the U.S. combat role in Afghanistan through at least 2015.)