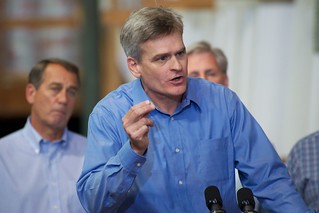 The lone big outstanding election of 2014 is the Louisiana Senate race because of the state’s unique rules. The election which took place two weeks ago was technically an open primary and since no one got 50 percent of the vote, the general election takes place on December 6th.

These unusual low turnout elections can be difficult to poll because it is tough to estimate the likely turnout, but these numbers are right in line with my personal expectations based on my previous examination of how the open primaries in Washington State predicted the general election results.