In another positive sign of how quickly the debate around marijuana reform is shifting, California Attorney General Kamala Harris now thinks marijuana legalization in her state is inevitable. From Buzzfeed: 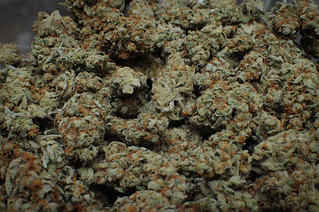 “I am not opposed to the legalization of marijuana. I’m the top cop, and so I have to look at it from a law enforcement perspective and a public safety perspective,” Harris told BuzzFeed News in an interview in Washington, D.C. “I think we are fortunate to have Colorado and Washington be in front of us on this and figuring out the details of what it looks like when it’s legalized.”

“We’re watching it happen right before our eyes in Colorado and Washington. I don’t think it’s gonna take too long to figure this out,” Harris said. “I think there’s a certain inevitability about it.”

The national marijuana reform groups have already proved they have the desire, knowledge, infrastructure, money, and public support to spread marijuana legalization with ballot initiatives. It is not a matter of if legalization is coming to California, just a when and how.

I hope state politicians will see that it is inevitable and decide to proactively work to bring about legalization in the most sensible way possible. The ballot initiative is a blunt and imperfect tool for dealing with complex regulatory issues. This is especially true in California because its unique, strong anti-legislative tamper rules can make small problems a pain to fix.

Sadly, at the moment it seems unlikely the California legislature will move forward on their own legalization bill, so a 2016 ballot initiative campaign will be necessary. I at least hope this means officials like Harris will do some of the preemptive groundwork to allow for a smooth implementation when the time comes.

Jon Walker is the author of After Legalization: Understanding the future of marijuana policy on sale for just $0.99