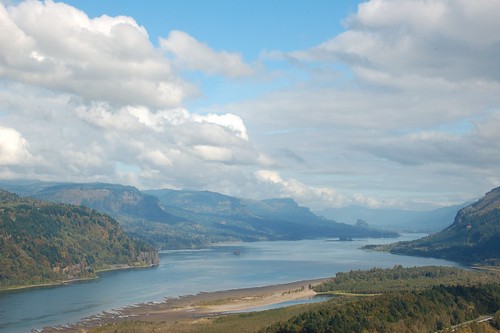 Having two relatively similar states with legal marijuana right next to each to other will provide an interest point of comparison and also will give us our first look at what cross-border legalization issues will arise in the future.

The current initiative in Oregon is similar to the law approved 2 years ago in Washington State, but there are several big policy difference that will have significant impact.

So as long as marijuana is selling for around say $200 an ounce, that would mean taxes would be significantly lower in Oregon than in Washington; roughly $35 in Oregon compared to around $88 in Washington. Once stores finally open in Oregon this might encourage some Washington residents to cross the border to do their shopping. But depending on price, marijuana taxes could end up lower in Washington.

If legalization eventually allows serious capital investments in cost saving equipment and it benefits from economies of scale the price could drop dramatically. After all, similar labor intensive luxury agricultural products, like high quality white tea, sell for only about $10 an ounce. At that price even a 44 percent effective tax is only about $4 per ounce.

There is a tax inversion point between the two states at roughly $115. If you are paying that amount per ounce after taxes, the tax rate is basically the same on both sides of the border. If the final price is much more than that, Oregon has the tax advantage; but if it is lower than that, Washington would.

Seeing how one or both these states adjusts their rules and tax rates to deal with this dynamic could set a precedent for many other states going forward. As hopefully more states legalize marijuana issues like different tax rates in nearby localities could become a point of policy contention. We have already seen this emerge as an issue with the different cigarettes tax rates in neighboring states.