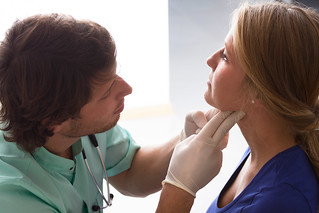 It want to begin this post by saying the risk of America suffering from a serious and fast moving epidemic, like seen in the movie Contagion, is extraordinary small. I’ve repeatedly pointed out that the high level of concern about Ebola in the United States at this moment is unfounded, but since the media is focused on the issue of contagious disease it does provide an opening for talk about one of the big trade-offs we have made in the design of our health care system.

Our country has for years seen a push towards more “skin in the game” when its comes to health insurance. Policies often carry high deductibles and co-pays. This trend existed before the passage of the Affordable Care Act but the law was specifically design to encourage its spread. The exchanges encourage people to buy “silver plans” which have significant cost sharing and includes an excise tax on employer-provided insurance pushing companies to not provide generous coverage.

This is supposed to save money by making individual more conscious “health care consumers.” It can work in certain situations. The cost may defer some people with a sore throat from going to the doctor and most sore throats will go eventually away on their own. Of course, in the rare event of a serious epidemic that is exactly the opposite of behavior you want to encourage.

Since the risk is so incredibly small one can argue this is a reasonable risk trade-off to reduce overall spending; but there are many first world countries that provide actual universal health care for significantly less money, with low out-of-pocket costs for patients. So the trade-off isn’t really between a slightly cheaper system and one marginally more likely to detect infected individuals sooner. It was among a cheaper system, one more likely to quickly detect diseases, and allowing the health industry to make incredible profits ripping off the public. Democrats decided to mostly favor the latter at the expense of the former two.

Of course the current Republicans’ health care ideas, which are a vague combination of repeal, promise of market magic, buzzwords, and opposing mandatory paid sick leave, would be an even a worse system for dealing with rapidly spreading disease. The current plans they are discussing don’t even try to get near universal coverage.

This is something to keep in mind as you hear politicians grandstand about Ebola to score political points. Most of them actively fought against, and continue to fight against, the United States adopting a cheaper actually universal health care system that would also be much better designed for dealing with the possibility of serious contagious diseases.