In Report to UN Committee Against Torture, US Government Touts Division That Doesn’t Really Prosecute Torturers 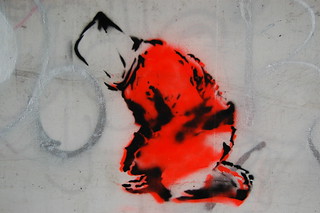 What is “prompt”? What is “independent”? What makes an allegation “credible”? What constitutes “mistreatment” to the US Armed Forces?

The United States government submitted its “periodic report” to the United Nations Committee Against Torture. There are multiple glaring aspects of the government’s report on how it believes it is complying fully with the Convention Against Torture (CAT), however, one part of the report where the government claims to have done what it was supposed to do to investigate torture stands out. In particular, the government highlights a Justice Department division as a challenge to impunity for torture, which appears to have prosecuted zero public cases of torture against US officials.

To those unfamiliar, countries which are signatories to the CAT are expected to submit reports every four years to the committee. The committee reviews the report and then issues its own “concluding observations” with concerns and recommendations to the “State party.”

One of the committee’s “observations” in its 2006 report involved “reliable reports of acts of torture or cruel, inhuman and degrading treatment or punishment committed by certain members of the State party’s military or civilians personnel in Afghanistan and Iraq.” It was also “concerned that the investigation and prosecution of many of these cases, including some resulting in the death of detainees,” had “led to lenient sentences, including of an administrative nature or less than one year’s imprisonment.”

The committee requested that the US government explain the following in its report:

(a) Steps taken to ensure that all forms of torture and ill-treatment of detainees by its military or civilian personnel, in any territory under its de facto and de jure jurisdiction, as well as in any other place under its effective control, is promptly, impartially and thoroughly investigated, and that all those responsible, including senior military and civilian officials authorizing, acquiescing or consenting in any way to such acts committed by their subordinates are prosecuted and appropriately punished, in accordance with the seriousness of the crime (para. 26). Are all suspects in prima facie cases of torture and ill-treatment as a rule suspended or reassigned during the process of investigation?

The government answered [PDF], “US law provides jurisdiction in a number of ways that could be relied on for criminal prosecution of torture and ill-treatment of detainees” and some examples. One could read this as, theoretically, if the US government wanted to prosecute US officials involved in torture, this is what is available in US law to do just that.

It also asserted, “The US Armed Forces conduct prompt and independent investigations into all credible allegations concerning mistreatment of detainees.”

What is “prompt”? What is “independent”? What makes an allegation “credible”? What constitutes “mistreatment” to the US Armed Forces?

As detailed in a report from Amnesty International [PDF], it is known that a US Special Operations Forces unit was involved in torture in the Wardak province of Afghanistan between December 2012 and February 2013.

Agha, who is fifty-one years-old and was a low-level employee at the Ministry of Culture in Maidan Shahr, was taken by “two US soldiers and an Afghan translator named Zikriya” to a military base. And then this is what happened:

First they took off my clothes. Then they tied a thin plastic cord around my penis so I couldn’t pee. Then they forced me to lie down face down on the floor. Four people beat me with cables. They tied my legs together and beat the soles of my feet with a wooden stick. They punched me in the face and kicked me. They hit my head on the floor. They tied laces around my neck to strangle me.

During the day they’d leave me in the cell with my arms pulled out to the side, stretched out. During the night, they’d hang me from the ceiling from my hands. I have scars on my hands. My feet would be tied together. They’d barely touch the ground. My eyes were blindfolded. They’d pour cold water over my head. They’d do this from about 9 pm until 10 or 11 pm.

They did this for 4 nights in a row.

They were questioning me all the time. Whenever they tortured me, they had someone with a pen and notebook. They’d ask, “Where are the weapons? Where are you hiding them?” I’d tell them that I worked as a cashier for the Ministry of Culture: “Ask them about me,” I’d say.

They left the string around my penis for 4 days. My abdomen was bulging. I wasn’t able to pee for those 4 days.

Does this constitute a “credible” allegation? Was anyone investigated “promptly” for this? Or are these Special Operations officers still deployed and involved in another mission where they are brutalizing detainees?

Although the government acknowledges the merger was “intended to enhance the government’s effectiveness in pursuing violators and denying them safe haven in the United States,” the detail is being provided within the context of what the US government is doing to prosecute US military and civilian personnel, who are implicated in acts of torture.

Christine Duey, a senior trial attorney for HRSP, stated in an interview for The Army Lawyer on February 2, 2012, that more than 50 individuals had been prosecuted under the Military Extraterritorial Jurisdiction Act of 2000 for human rights violations. The law expanded the government’s ability to prosecute civilians accompanying US troops deployed overseas. Duey also claimed twenty-five contractors had been prosecuted since 2007 for human rights violations.

Two of the individuals prosecuted [PDF] were contractors with the private firm formerly known as Blackwater, who shot and killed an Afghan civilian when they fired shots into a “civilian car.” The section also prosecuted a US Army contractor working for DynCorp International, after he stabbed an individual with a knife at Kandahar Airfield in Afghanistan.

But those cases are not cases involving torture. There are very few cases where the US government prosecuted any contractors for torture, if any. Countless contractors and military personnel have not been prosecuted. When victims have sued contractors for torture, the government has invoked the “state secrets privilege” or argued high-ranking officials’ decision-making should not be prosecuted because it might lead such officials to second-guess themselves when making important decisions. And, hearing these arguments, judges have dismissed lawsuits.

The Human Rights and Special Prosecutions section does not prosecute US officials involved in torture or human rights abuses. It has prosecuted: a Bosnian who failed to disclose involvement in war crimes during Bosnian conflict when obtaining US citizenship; a former Guatemalan special forces officer who covered up involvement in a 1982 massacre, a civilian military employee who fabricated that a co-worker had threatened to shoot President Barack Obama, a man from Minnesota who worked at Kadena Air Force Base in Okinawa and sexually assaulted a child while on base. Even a man from Vermont, who attempted to rob a McDonald’s and forced employees at gunpoint into a freezer.

It recently prosecuted an Eritrean national and citizen of United Kingdom for smuggling undocumented African nationals into the US.

The UN Committee Against Torture should not be misled. The HRSP has nothing to do with challenging the impunity US military and civilian personnel currently enjoy when it comes to torture. And, more than likely, it may never hold any current or former high-ranking officials accountable.

In Report to UN Committee Against Torture, US Government Touts Division That Doesn’t Really Prosecute Torturers