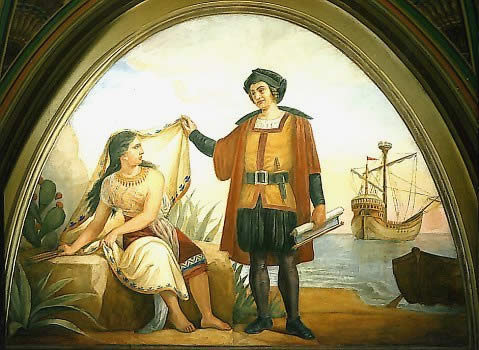 And nothing was ever the same

Hey there folks? How are you on Indigenous People’s Day? (Not that Columbus Day nonsense.)

– $5.4 billion was pledged by countries to help rebuild Gaza after the destruction over the summer by Israel

– While unlikely the ISIL would be able to take over Baghdad, Iraq, they still possess the ability to control other parts of the country using this against the national government.

– To illustrate the point, on Saturday at least 38 people died as a result of car bombs in the capital. On Sunday, car bombs throughout the country killed at least 58 people.

– The Chinese government arrested a scholar for allegedly stirring up dissent

– At least two people were killed as a result of a drone strike, assumed to be used by the U.S.

– Part one of two with Yuezhi Zhao on how the Umbrella Revolution is portrayed in Western media, as well as questioning the narrative itself

– Moreover, the Chief Executive of Hong Kong did not believe protests would make a difference to officials in China

– A car bomb exploded in Mogadishu, Somalia, killing at least 11 people. It is unknown who is behind the attack.

Image Constantino Brumidi circa 1875, Columbus and the Indian Maiden via WikiMedia