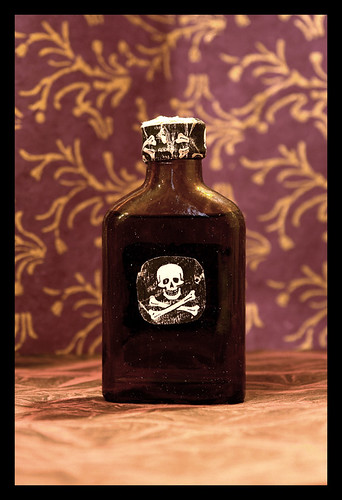 Here is a story about of drug prohibition needlessly making what is prohibited more dangerous, possibly lethal. In this case it is alcohol, which is banned in Pakistan. From the Washington Post:

In a dry country such as Pakistan, it can be hard to find a drink. And those who can often turn to bootleggers for concocted brews of who knows what.

This week, that search for a buzz during Eid celebrations led to deadly consequences.

In a span of 24 hours this week, at least 21 people died in Karachi from drinking toxic liquor, health officials said Wednesday. The victims represented a cross section of residents in Pakistan’s largest city, and officials are worried that the death toll will mount, said Seemi Jamali, head of emergency services at the Jinnah Postgraduate Medical Center.

Stories like this used to be common in the United States during our own alcohol prohibition. People would make dangerous alcohol with bad stills or try to re-purpose industrial alcohol. Thankfully, the United States ended our alcohol prohibition and now stories like this are unheard of in this country, thanks to a very well regulated market for alcohol.

The same dynamic, though, exists with all illegal drugs, including marijuana. For example, there was a case in Germany where dozens were poisoned with marijuana tainted with lead so it could be sold for more money on the black market.