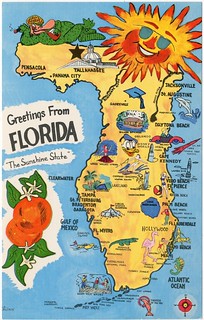 Sunny forecast for Amendment 2 in Florida

There is very good news for medical marijuana in Florida. A new University of North Florida poll of likely voters found Amendment 2, the Use of Marijuana for Certain Medical Conditions, with overwhelmingly support.

It found 67 percent of voters plan to vote yes in support of medical marijuana, while only 28 percent plan to vote no. Only 5 percent remain undecided in this poll.

The measure needs strong support because the rules in Florida require any amendment on the ballot to get at least 60 percent of the vote to be approved. A mere majority is not enough.

This is the best independent poll for Amendment 2 in months. Most other recent polls show the measure polling in the 50’s, just below the threshold necessary for passage. These polls, though, tend to have a large number of undecided so that could explain some of the difference. It is possible most of the undecided have been leaning towards supporting the measure.

Florida is the largest and most important presidential swing state. If Amendment 2 wins it could play an important role in pushing the federal government to finally change its policies surrounding this issue. Marijuana is still classified as a schedule I drug, meaning the federal government considers it to have no acceptable medical use. This is something the Obama administration could change on its own but so far it has refused to so.