“Obama was not a fresh broom”.  Understatement of the year, no?

The rush transcript can be found here.

You’ll likely remember that in order to ‘solve the Afghanistan election crisis’, John Kerry did some fancy finagling with UN observers and a recount, given that both Abdullah Abdulla (of the Change and Hope Party, later a coalition party, swear to Gawd) and Ghani Ashraf had cried ‘voting fraud’.  He ‘brokered’ a power-sharing agreement in which Ashraf would be Prez, Abdullah de facto Prime Minister, a newly created office designed just for this occasion.  Squabbles still seem numerous, and the pressure Kerry must have put on must have been formidable, given the fact that the US was ‘do or die’ about the new regime signing a new Bilateral Security Agreement.  Hoo, boy; Kerry was furious that he couldn’t meet Hamid Karzai’s price to sign one, and when two loya jirgas had voted ‘Nope’, he had plenty of cover for his refusal.

Now the Washington Post claims that the US hadn’t applied any pressure on Ashraf to keep Abdul Rashid Dostum off his ticket in the VP slot (‘Because: puppet appearances‘, but that’s hard to countenance, *unless* it was part of the negotiated deal.  By all accounts, he’s not only a vicious and vengeful man, but has switched ‘sides’ so many times since 1979 for the Soviets, and has plenty of troops still loyal to him from his gig as Karzai’s chief of the Afghan Army that one might not be faulted for wondering how all this is going to work out.  Without the history of atrocities he has to his credit, he might seem to be another Ahmed Chalabi, a ba penny that returns again and again from exile.

‘As the senior of two vice presidents, Dostum would exert considerable power. When the Afghan president travels overseas, the vice president becomes acting president and can make decisions and sign decrees.

Ghani once called Dostum a “known killer” but now says his ticket symbolizes reconciliation. Other Afghan officials, however, worry about Dostum again assuming a high-profile position in the capital after years in which he was based in northern Afghanistan. They fear that he could reestablish his fearsome militia, incorporating his followers into the Afghan security forces as U.S. troops withdraw.’

The piece also highlights the shifting sands of Dostum vis a vis ISAF, Karzai and his own interests in oppositional military power, even to the point of ISAF doing B-1 bomber fly-bys over Dostum’s house.  But given all of that, it mentions the very weird story of Dostum having a bad liver from drinking too much, and calling General David Barno, then US Commander there, and his aid saying he hoped he die.  Can’t blame him for that, can we?

‘…American officials decided that helping Dostum would make him beholden to the United States. A twin-engine propeller plane was dispatched to fly Dostum to Bagram Airfield, the U.S. base north of Kabul. From there, Dostum, two aides and an American escort took a medevac flight to the U.S. military hospital in Landstuhl, Germany, said an official who served in the U.S. Embassy in Afghanistan during that period. Dostum spent 31 / 2 days under the care of Army doctors.’

The State Department seems to have announced that the new SOTU provided that all U.S. forces would be out of Afghanistan by the end of 2016, shortly before his presidency ends, and for 9,800 U.S. troops to stay there after the end of 2014, along with some allied forces. Then the U.S. military presence would scale down to what officials describe as a “normal” embassy security contingent.

Now, one might not be faulted for believing that Gawd knows how many contract mercenaries will stay in-country until the 12th of Never (New Silk Roads, pipelines, Bagram City built to the tune of multiple billions of bucks), but if you go to the ‘fact sheet’ the US Embassy Tweeted on the State Department’s account, it says almost nothing, save for the usual satirical tate Department self-parodies.

Curious about the blocked investigations into the Afghanistan Massacre at Dasht-i-Leili, especially because Democracy Now had a sidebar piece titled ‘Obama calls for investigation’ of same, I found these bits about it at ProPublica.org’s ‘July 31, 2013: ‘White House Closes Inquiry Into Afghan Massacre – and Will Release No Details’

‘‘Last month, the White House told ProPublica it was still “looking into” the apparent massacre.  [four years since]

Now it says it has concluded its investigation – but won’t make it public.

“The investigation found that no U.S. personnel were involved, said White House spokeswoman Caitlin Hayden. Other than that, she said, there is “no plan to release anything.”  [snip]

Hayden, the White House spokeswoman, said the new investigation “was led by the intelligence community,” and found that no Americans – including CIA officers, who were also in the region – were involved’.

Propublica said that a parallel investigation had been started in 2010 by the Senate Foreign Relations Committee, headed by then CIA staffer John Kiriakou.

‘In letters from prison to ProPublica and an interview published recently in Salon, Kiriakou said that Secretary of State John Kerry, who was then chairman of the committee, personally called off the investigation. The State Department declined to comment, but a former Senate aide to Kerry called Kiriakou’s account “completely fabricated.”

And from the internal Salon link:

‘Six weeks later, Kiriakou got a phone call from John Kerry asking if he was investigating the CIA.

In almost-closing, and as is often asked, “Given all of this, what could possibly go wrong?”  Dostum is the one with the heavy eyebrows looking down at the man on the floor he just kicked…

Jamie Doran’s film ‘Afghan Massacre: the convoy of death’ can be watched at Democracy Now, Part I, and Part II.  Also, the Wiki entry on Ashraf Ghani has a chuckle-worthy entry on the 2014 Presidential election you might enjoy; it gives new meaning to the term ‘US diplomacy’.  Oh, not new, I guess, but funny, nonetheless. 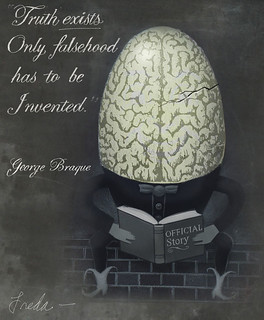