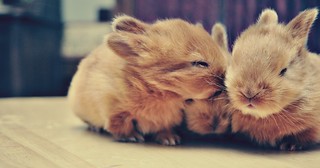 – Henry A. Giroux: “ISIS and the Spectacle of Terrorism: Resisting Mainstream Workstations of Fear”

– With the U.S. unable to contain the ISIL, it only reflects the lack of understanding on the Middle East by the U.S.,  as Lawrence Wilkerson points out

– While the ISIL may still control oil, they also recently obtained wheat in Iraq

– With allegations of Iraqi Prime Minister Haider al-Abadi fueling conflict within the country’s Kurdish parties, some Iraqi Arabs blame the Kurds for refusing to help them amid the ISIL crisis

– It is being reported the ISIL adjusted to the U.S.-led airstrikes in Syria and Iraq

– Meanwhile, a series of attacks through Iraq left at least 47 people dead

– With protesters in Hong Kong going up against the neoliberal structure, it is important to note the U.S. has been very passive on the matter. Even the Chief Executive Leung Chun-ying of Hong Kong declined to attend the protests.

– The new agreement between the U.S. and Afghanistan will keep U.S. troops in the country until 2024