Bordier: A Bottom-Up Solution to Cross-Border Conflicts: The Case of the Middle East and ISIL

By Nancy Bordier
(reposted with permission of the author) 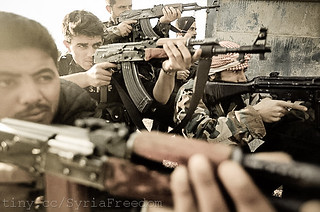 War is not the answer

The outbreak of another Western-led military conflict in the Middle East is widely viewed as unwinnable. It is also viewed as counterproductive because of its potential to help its target, ISIL, the anti-Western fanatical social movement, recruit new volunteers in its crusade to topple Middle East regimes.

My view, as a political scientist, is that none of the players currently involved can bring peace or stability to the region. The “perpetual war” the protagonists appear to be unleashing is more likely to cause even more human suffering and displacement in the region on a scale previously unimaginable.

It is also my view that the failure of Middle East regimes to create functioning democracies that accord fundamental civil and political liberties to their populaces has created a barbaric monster born of hatred and rage for the regimes and their Western allies. ISIL’s leadership is using its misrepresentation and misappropriation of Islam to recruit aggrieved and in certain cases mentally deranged individuals to its cause, instigating them to commit acts of barbarism not only in Iraq and Syria but throughout the world.

Since war is not the answer, and the majority of the regimes involved do not have functioning democracies enabling their citizens to govern their countries, what I and many others foresee is perpetual internecine warfare among the players until the entire region is devastated. The only solution I can envisage to preventing this region-wide quagmire of human misery is the bottom-up technological solution that I propose below. First, let me explain why I believe it may well provide the only possibility for ending the conflicts and bringing peace to the region and the world.

When I was a graduate student at Columbia University many years ago, a fellow student I greatly admired was an Armenian who was born in Iran and educated in the UK and U.S. He was already an expert on Iran, the Middle East and international affairs. He breezed through the course on Soviet politics we both took from Zbigniew Brzezinski, who later became National Security Advisor under President Carter. I followed Ervand Abrahamian’s distinguished academic career over the years and what I have gleaned from his work is that interference by Western powers in the region is a primary cause of the current Middle East debacle.

The pivotal interference, which set the stage for the religious, ethnic, cultural and political conflicts that now plague the region, was the 1953 orchestration of the overthrow of the democratically elected prime minister of Iran, Mohammed Mossadegh, by the United States and the United Kingdom. The precipitating events were Mossadegh’s moves to nationalize Iran’s oil industry because he had concluded that the Western powers that were controlling it were not fairly sharing with Iran the revenues they were generating from Iranian oil. The U.S. role in the coup was acknowledged in 2000 by U.S. Secretary of State Madeleine Albright (See CNN report, “In declassified document, CIA acknowledges role in ’53 Iran Coup”.)

Western powers replaced Mossadegh’s government with the oppressive regime of the Shah, which denied Iranians fundamental civil and political liberties.

Bordier: A Bottom-Up Solution to Cross-Border Conflicts: The Case of the Middle East and ISIL