Respecting the Bump Gets Results as Well as Respect 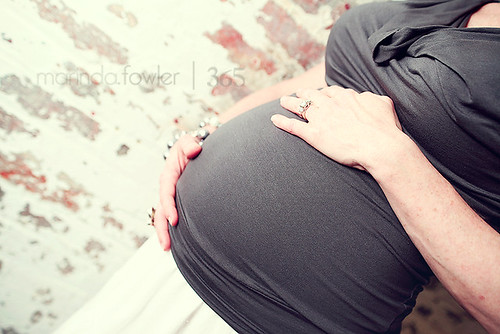 Girshriela Green got involved the day someone called saying he wanted to make a change at Walmart – the corporation that had left her seriously injured from overwork and seriously underpaid. “I was sitting at home in a neck brace,” she said, “going, how did I land here – I was a model employee, I exceeded all expectations, and I’m sitting here broken.”

When she returned to work, Girshriela needed light duty because she was still recovering from the injury and because she was pregnant. She had trouble getting accommodations and began to hear from other women who were afraid to tell their manager they were pregnant. “Shouldn’t nobody be scared to tell someone you’re starting a family,” says Girshriela. “That’s a beautiful thing.”

She and a few other Walmart workers started a private facebook group that led to a house meeting in Texas. Chrissy Creech organized the gathering after her manager kept saying she’d have to wait for a bathroom break. On many occasions the pregnant Chrissy held her water for hours, until the day she started bleeding – and then she quit.

Chrissy’s mother was at that house party. She reached over and touched her daughter’s stomach. “They need to respect this bump,” she said. The group got its name.

More and more women began sharing their stories. When Tiffany Beroid posted her account of being forced to take an unpaid leave because Walmart wouldn’t accommodate her doctor’s suggestion that she stay off her feet, the post got 900 likes. The group kept growing.

But that didn’t help Thelma Moore in Chatham, IL. After working at the Chatham store for 10 days, a pregnant Thelma was shopping and had two TVs fall on her. She needed time to recuperate to prevent a miscarriage and heal from her injuries, but her manager said she had to come back to work. Thelma filed a lawsuit; shortly afterwards, she was fired.

So Respect the Bump decided to show up in person at her store. A couple dozen members, several of them pregnant, many with their babies or toddlers in tow, joined Thelma September 24 at the Chatham store along with clergy and other allies to demand Thelma’s job back. The group launched a social media storm to get 200 calls into Walmart to investigate what happened to Thelma and fix it.

One of the protesters was Bene’t Holmes. After being denied light duty at the same store, Bene’t miscarried in her fourth month. She became a Respect the Bump leader and was recognized by President Obama at the White House as a Champion for Change.

Another was Jasmine Dixon, an overnight stocker in Commerce City, Colorado. Although she brought in numerous notes from her doctor saying Jasmine needed to be on the day shift, management would not accommodate her. Instead, they tried to terminate her for having “too many absences.” “We’re still going back and forth over it,” she said.

“I’m here to stand up for myself and other pregnant women, all over the world,” Thelma told the other Respect the Bump members as they met the day before the action. What she and the others are asking for is staggeringly simple. They want Walmart to live up to its new policy, but also to improve it. All pregnant women aren’t disabled but they all could use a bottle of water at the register, a couple extra bathroom breaks, a stool to sit on from time to time, a more reasonable lifting policy. And they want decent pay and working conditions like paid sick days for all Walmart employees.

These Walmart workers are part of a surge of low-wage worker organizing. Their hashtags tell it all: #wearehere. #WEmatter.

They want to make sure pregnancy doesn’t cost a single worker her pay or her job, not to mention her unborn child. And they will not be stopped.

Respecting the Bump Gets Results as Well as Respect