Once the American Dream 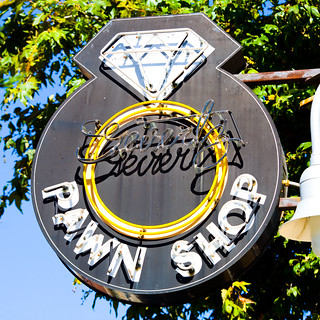 We were once the American Dream

We were once the American Dream, and now we’re just what happened to it.

The people I am talking about in my book Ghosts of Tom Joad: A Story of the #99 Percent

seem illusive here on the East Coast; in crazy New York last week, visiting the South Bronx, there are plenty of poor people. The sense in Midtown was that if they didn’t deserve to be poor, then, well, they were sort of naturally thrust into it as immigrants, as drug users, simply because they lived in a poor part of the city and it always would be. Kind of the natural ecology of the place.

In talking to people in New York the working class tends to appear as caricatures, like Joe the Plumber in interior America was to politicians, the people of Brigadoon for elections, who then fade after the candidates grab votes promising new jobs and manicured optimism for a working class that somehow still listens to them. It’s inconveniently convenient to walk among them every four years, like having to be nice at your in-laws’ house for a family gathering. Ok as long as it doesn’t drag on too long.

The View from Ground Zero

The story is different when I talk in Kansas, Kentucky or Ohio. People there nod their heads, and everyone has a story to add: the family that lost their home to the bank, the factory that closed down and the retail outlets that replaced the factory that closed down, one after another piling up like the late spring snow we had that week. People say “But I’ll take any job. I just want to work. I’m not too proud to get my hands dirty. I still know how to sweat, the good kind.”

I believe them all. But even if they’ll accept minimum wage, how far is a couple of dollars an hour throwing construction debris into a Dumpster going to get you? Better than nothing but not much better. You going to do ten hours of labor for the phone bill? Another ten for the groceries each week? Another 20 or 30 for a car payment? How many hours you going to work? How many can you work? Nobody can make a full living doing those jobs. You can’t raise a family on minimum wage. And you can’t build a nation on the working poor. It is a rough portrait of an American past and a tough vision to push into an American future.

But my goal isn’t to speak in broad terms; I want to understand what’s happening on an almost documentary level. So what stood out on this trip was the proliferation of a new, New Economy, one designed to prey on the fact that people who don’t deserve to be poor are now poor. There are whole industries that sprang up because poor people became a new market.

Pawn shops are an old business, but one that has grown alongside the working poor. In 1911, there were only 1,976 licensed pawnbrokers in the country. By 1988, there were 6,900 pawnshops in the U.S. (one for every two commercial banks) and in 2012 there were almost 14,000 pawnshops in operation throughout the United States.

Pawn shops are one thing, but there are newer predators on the ground. I ended up buying Kenny’s story for two cups of coffee. Kenny told me that he couldn’t qualify for a credit card, the middle class’ old way of borrowing money. Average people with cards carry monthly balances of almost $16,000 and that’s at 12 to 15 percent interest, so not a helluva lot different from payday loans. Just looks cleaner. Kenny told me about the trap of the rent-to-own stores, who let people without a credit card rent a TV or a washer and dryer until they paid back a lot more than the appliance is worth. It was more like time payments than rental as most people used to understand the word. By the time you owned the appliance, it was old, and with interest you dropped $450 on a $200 item. You needed something and there wasn’t any other way to get it.

Rent-to-Own is a big, big business. According to Broke, USA: From Pawnshops to Poverty, Inc. – How the Working Poor Became Big Business

by Gary Rivlin, the largest rent-to-own operation, Rent-A-Center, reported three billion dollars in revenues in 2008. The bottom line has only gotten stronger for them since.

Kenny even said he’d tried to cash in on it for himself, working briefly for a collections agency. When folks could not pay, the debt got sold down the line. Some big bank wasn’t going to fuss over small change, so it sold the ownership of the debt to a big agency, who sold it to a smaller one like he worked for, a place that might see profit in getting 20 percent of a two hundred dollar collection. At those rent-to-own joints, customers have to sign tons of papers, all looking like they were written by a Keep Lawyers Employed committee, so that if you miss a payment the store takes back the whole appliance, not just the half they still own.

This scared the people renting, but actually the last thing that company wanted was to repo a two-year-old TV, so Kenny’s job was to knock on the door and try to get them to pay something, and at the same time see if they’d refinance at an even higher rate. Loan to pay a loan. That old TV was worth nothing to the rent-to-own store, but it was some kind of magic thing to some old lady. If she was a single mom, the TV was her babysitter — feed your sister after Wheel of Fortune, lights out after Idol — and she wasn’t going to give it up easy. When Kenny talked them into an even uglier refi deal that let them keep the TV, they’d usually thank him for helping them out. Sometimes, he said, moms without cash would offer what he called a couch payment, bed in return for a report to the boss of no one home. His last customer before he quit the job was a former soldier who owed for a bicycle he was renting/buying over time for his daughter’s ninth birthday. Kenny said to hell with it, he wasn’t going to repo a Barbie two-wheeler with pink streamers on the handlebars and reported it as No One Home in that part of America.

The Ohio town we were in was falling apart economically, but it still had its looks, to a point. This wasn’t the South Bronx. Old habits die hard. When middle class folks fall out of the middle class, they still tend to keep things neat and see that grass gets cut. But what was once maybe quaint was now just old and tired. Pretty soon I worry there’ll be no one home.

Peter Van Buren writes about current events at his blog. His book, Ghosts of Tom Joad: A Story of the #99Percent, is available now from Amazon.

Once the American Dream