As We Go to War, Congress Goes Home 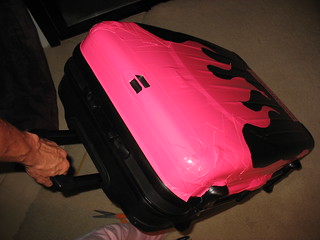 Congress runs out on their responsibility

As President Obama gets the nation involved in a war in Syria, Congress is leaving the capital for the next two months to campaign for re-election to the job they refuse to do.

They left without actually voting on a declaration of war as is required by the Constitution. The closest they got was a quasi-proxy vote for funds to arm “moderate” rebels. Even this only got a standalone vote in the House.

In the Senate it was just part of the continuing resolution to keep the entire government funded. That means the only way to vote against arming the rebels was to technically vote against funding basically every government function. A fact that I suspect we will hear a lot if things go badly. I won’t be surprised if Senators end up defending their vote by saying, “I didn’t vote for funding the rebels, I voted to prevent a government shutdown.”

There are some who claim we can still have a debate about authorizing the war after the election, but taking a congressional vote on war after the war has started is like putting a condom on after you’ve had sex. It provides none of the protection it was designed to.

The power of the presidency expands further, a scary new precedent is set, and it becomes even easier for Americans to get accidentally dragged into yet another war.

As We Go to War, Congress Goes Home