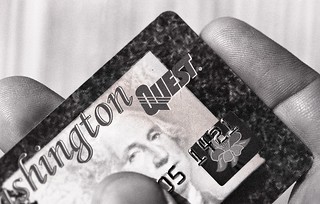 On Tuesday the House voted for the so-called “no welfare for weed” bill which would prohibit the electronic-benefit transfer (EBT) cards from being used to make purchases at marijuana stores or to withdraw money from ATMs in such stores.

The bill is more a response to handful of sensational headlines than an actual problem, and given how easy it is to find an ATM nearby it probably won’t do much if actually signed into law.

Still I consider it a positive sign, indirectly, for the marijuana reform movement since federal law already prohibits the use of EBT in liquor stores and casinos. The reform movement has long asked for marijuana to be treated just like alcohol and that is basically what this bill does. This is one of the first small steps by Congress towards creating federal regulations around marijuana business like those for alcohol.

While very few members of Congress are willing to publicly endorse marijuana legalization, often actions are more important than words.

Since recreational stores have been open, the House hasn’t approved bills to try to force the executive branch to shut them down. Instead they have approved an amendment to help marijuana businesses get access to banking and this bill regulating how people use marijuana stores. Implicit in both votes is the acknowledgement that marijuana stores aren’t going away anytime soon.

The more members of Congress think about how to use federal law to regulate around marijuana businesses instead of completely destroying them, the more they come to accept the fact that they need to deal with the end of marijuana prohibition.

Photo by Great Beyond under Creative Commons license