Hah Hah: You are Poor 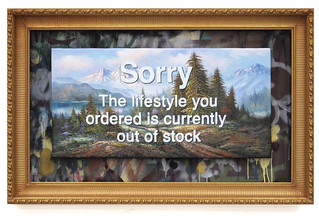 BREAKING: According to the Congressional Budget Office (CBO), the rich are getting richer while the poor in America continue to get poorer. And the government is contributing to all this.

You are Poorer Now than Before

Here’s the story from the CBO:

— In 2007, federal taxes and transfers reduced the dispersion of income by 20 percent. The share of transfer payments to the lowest-income households declined. “The equalizing effect of federal taxes was smaller” in 2007 than in 1979, as “the composition of federal revenues shifted away from progressive income taxes to less-progressive payroll taxes,” thus doing less to reduce the concentration of income, the CBO said.

You can read the full Congressional Budget Office report online.

Just to make sure the point is clear, the top ten percent of wealth holders own roughly 70 percent of everything in the United States. The bottom half of us have roughly five percent, and falling, because…

The Great Recession of 2008 stripped swaths of the middle class of their most valuable asset. Some five million homes were lost to foreclosure between 2008 and 2013. 8.2 million more foreclosure starts took place in that same time period. Another three million homes in the next three or four years will face foreclosure.

The value of those homes and their real estate migrated into the hands of those who controlled the banks. Many homeowners were turned into renters, shoving more money upward to those who controlled the property. America’s the top earners’ wealth grew even as those responsible for the collapse were never punished and the companies involved received federal bail-out money to cover losses, being too big to fail. In a neat closing of the circle, the money came from taxes paid in part by those destroyed in the Recession.

This was one of the largest single redistributions of wealth in American, perhaps world, history. Cool– you were around to witness history in the making.

Odd company for the “exceptional nation.”

Thanks for reading this. I hope it distracted you briefly from the daily hunger pangs you face. If you don’t complain, we’ll allow you 30 minutes of TV tonight. Now back to work serf.

Hah Hah: You are Poor