Podcast: ‘Urban Shield’ & the Ramping Up of Police Militarization in the United States 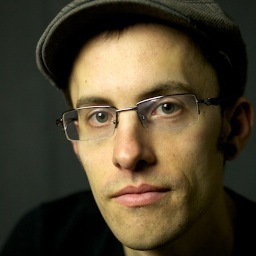 One week ago, Alameda County in California hosted an annual major police gathering supported by corporations and law enforcement and security agencies from the local, state and federal level. Corporations displayed their military-grade equipment available for police departments to purchase, and training exercises or competitions played out in the San Francisco Bay Area. Anyone observing the gathering called “Urban Shield” could see clearly how police militarization has been ramping up in recent years.

The annual police gathering took on additional significance in the aftermath of what happened in Ferguson, Missouri, with police deploying military-grade equipment against a community of mostly people of color to control protest against a white police officer who gunned down an unarmed black teenager named Michael Brown.

Mother Jones reporter Shane Bauer had media credentials and used his access to go around to vendors and ask them their thoughts about Americans who believe this country is becoming or has become a police state. He tried to get people to talk to him about Ferguson and asked about why they would need some of the equipment being shown at the expo. Bauer and a Mother Jones filmmaker also observed some of the training exercises, many which involved scenarios that sound like they came from Michael Bay movies because they’re so implausible and overwrought.

This week on the “Unauthorized Disclosure” podcast Bauer is the show’s guest. He discusses what he saw at “Urban Shield,” what he learned about police, and how he came to understand the culture of policing that convinces officers they need this military-grade equipment even if they are simply a university police department. He also recounts how he had his media credentials revoked by police for supposedly recording in an “unauthorized location” and gives a preview of what is to come in his feature story, which will be in a forthcoming issue of Mother Jones.

During the discussion portion, we talk about going to President Barack Obama’s announcement that America is going to war against ISIS—and how the Obama administration won’t call it a a war on ISIS. Khalek highlights a report she wrote on a religious zealot Israeli general, who ordered a lethal strike against an Israeli soldier so he would not be captured by Hamas. The episode concludes with some talk about District Attorney Sam Sutter. Sutter stunned environmental activists this past week when he had criminal charges against two men who engaged in direct action dropped because he sympathizes with their view that climate change is a serious crisis.

The podcast is available on iTunes for download. For a direct link (and direct download), go here. Click on “go here” and a page will load with the audio file of the podcast that will automatically start playing.

As Bauer states, police departments from mostly the San Francisco Bay Area were present at “Urban Shield.” There was a SWAT team from Philadelphia. He also saw police from Singapore and South Korea. They all participated in a 48-hour competition, where they enacted scenarios.

“Everything from jumping on a cargo ship that’s at sea in a scenario where terrorists had taken over the ship after an earthquake to hostage rescue to taking down armored vehicles,” Bauer said.

The five-day gathering was funded by the Department of Homeland Security and corporate sponsors. The corporations there had sniper rifles, armored vehicles, 3D printable drones, armored gear robots and various less-lethal equipment on display.

Bauer saw one piece of equipment not on the market yet. “It looks like a little light that attaches at the end of the gun that’s meant to blind people for ten minutes by scrambling their ocular fluid. It sends a frequency into your eyes and blinds you for ten minutes,” he said.

In the course of the meet-up, Bauer had an opportunity to question a representative of The Armored Group, which “offers a service to police departments of helping them write grants to Homeland Security for buying their vehicles, and they also kind of point out that you can use forfeiture money, which is money and property that police take in the course of criminal busts.”

“I can’t remember any situation in the US when people are shooting at police from a protest. So I asked him can you give me an example of that,” Bauer added.

When he asked about the left and right’s criticism of police militarization, he got defensive responses that police were not militarizing. However, the spokesperson for Urban Shield, Sgt. J.D Nelson, who is also the spokesperson for the Sheriffs Department of Alameda County, told Bauer “he thought there was validity to that criticism and there’s some truth in it.” However, he went on to add that police need to be protected and the gear is needed to keep police safe because there are lots of bad people out there.

Bauer spoke to a commander of the University of California Berkeley SWAT team, which was involved in one of the elaborate exercises. This police force mostly serves warrants for muggings of students on campus.

“People training for this extreme stuff [are] mostly serving warrants for muggings,” Bauer realized. “Are we overtraining these guys? Do we really need these university police departments to be trained to intercept airplanes [and] take down Navy ships?”

Islamophobia could be seen in some of the exercises. For example, one scenario involved a Muslim man who wanted to take revenge on the Jews by kidnapping a Jewish man and attacking him with a bucket of chemicals.

“There’s been a lot of attention that military weapons going to police. Much more money is coming from Homeland Security that’s going into these private companies. Way more of the stuff that’s actually going on to the streets is coming from these corporations that are building stuff that is a lot like the military equipment,” Bauer stated.

For the most part, Bauer was able to initially use his access to do his job with little problems. “When I first got there, I was really surprised at how open it was. I could just go around, talk to anybody I wanted to and most everyone was willing to talk.” Yet, as time went on, he was being shut down when he tried to speak to people.

Bauer went with a Mother Jones filmmaker to shoot video of an exercise involving SWAT teams that were going on a boat to the underbelly of the Bay Bridge. They were to crawl up into the underbelly and find an improvised explosive device (IED) that had been placed there by terrorists.

The two were told by someone they could not film so they chose to go on to the next exercise, however, they interviewed a drone vendor before leaving. This vendor grew suspicious and demanded they not use any of the material recorded after the interview was over.

According to Bauer, the man threatened him and said he had “experience in the courts” and they better not use any of the material. About ten minutes later Bauer and the Mother Jones filmmaker were confronted by a police officer, who took their media badges and claimed his commander had notified him they were filming in an “unauthorized location.” (Neither was able to figure out where exactly.)

A vendor selling sniper rifles inside also got angry with Bauer at some point. He confused Bauer with a protester said you guys don’t know what you are doing. Bauer told him he was not a protester and the vendor said, “We know who you are,” and he was really angry. “After that, he was like now go tweet that.”

The procurement of this equipment and the militarization of police gear really does seem to be ramping up and police departments are conditioned to want more and more from the growing police industrial-complex.

Podcast: ‘Urban Shield’ & the Ramping Up of Police Militarization in the United States