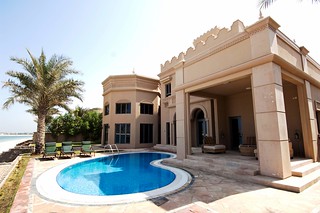 Reached at his luxury villa in Riyadh, an ISIS spokesman just laughed. “ISIS lacks the ability to strike directly into your Homeland– I mean, who even says words like ‘Homeland,’ seriously man, outside of Leni Riefenstahl and Fox anymore?”

President Obama announced an expansion of the current war with Iraq (not to be confused with the previous war with Iraq he claimed to have ended in 2011) as well as a Cheney-like giddy eagerness to bomb Syria “just as soon as Congress wimps out and gets out of my way.” Despite their general glee about bombing any brown person anywhere anytime on the planet, many Americans are expected to complain of depression.

“I support 9/11 and all that, but really, another freaking war?” said one college undergrad waken for comment. “My neighbor’s cousin’s son has PTSD or STD or something from that last war I like saw online and so I plan to feel sad about this before the pre-game on Saturday.”

Psychiatrists take a more serious tone. “People will be eating Prozac and Cymbalta like candy,” said one doctor. I’m stocking up, not just for myself, but for the new patients I am expecting to flood in. I’ll be double-billing the insurance companies as usual, so I guess there is an upside. Also, 9/11.”

“Upside?” commented the owner of local store Booze-a-Palooza, We Don’t Card. “Hell, I’ve already booked a luxury cruise on the profits from this thing. You had the drinking games. Kids online were saying they took shots every time the president mentioned ‘moderate rebels’ or ‘degrade and destroy.’ I quietly trolled for a full water glass of bourbon to be drunk every time the idiot said ‘no boots on the ground.’ And of course depressed people are my bread and butter audience every day, so there’s also that. And 9/11. Never forget.”

Colorado state officials, congratulating themselves on the timing of legalizing marijuana, could not be happier. “The taxes on weed sales just funded our school systems through 2019, with an overflow of cash into the coffers to buy enough blow to near kill us all here at the office. Weed is for light weights, especially after this speech. Dude, 9/11. Don’t forget.”

When reached for comment at a Colorado medical marijuana dispensary, Obama was characteristically calm and cool about the issue.

“Americans understand our constant state of pointless war is necessary to, what is it this week Reggie? Right, to protect the country. Some may say by making this speech exactly one year after I said we’d bomb Syria to oust Assad only to now plan on bombing Syria in tacit support of Assad, and choosing 9/11 eve for the speech, I increased the weary nation’s sense of complete and devastating cynicism. Well, folks have got to understand that war means sacrifice. Hey, did you hear about this drinking game where every time I said ‘no boots on the ground’ people had to shotgun a water glass of bourbon? I told my speechwriters to throw that line in about a million times. I think the whole address went down better with the American people drunk off their ass when they heard it. Now, watch this drive.”

The Hillary Clinton not-a-campaign, located in Oprah’s guest house, declined comment on the entire everything, pending the outcome of polling to see what opinion the not-a-candidate should hold deeply.

Reached at his luxury villa in Riyadh, an ISIS spokesperson just laughed. “ISIS lacks the ability to strike directly into your Homeland– I mean, who even says words like ‘Homeland,’ seriously man, outside of Leni Riefenstahl and Fox anymore? Anyway, we can’t whack you infidels at home, so we rely on the American government to do the job for us. And I must say, they are superb. Declaring ISIS a direct threat to Americans in Iowa, man, that sent ISIS stock futures soaring. Making all Americans depressed over our successes and the needlessly dumb acts their government plans to take? Man, you can’t buy that kind of PR. I’d say I was happy as a pig in poop right now if I did not consider pigs filthy creatures under my religion. Oh heck, why not? This is a great day!”

Our New Euphemism for War Is: "Comprehensive and Sustained Counterterrorism Strategy"

The US and Global Wars: Empire or Vampire?