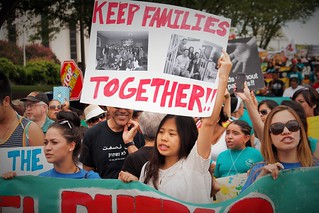 If President Obama had been very quietly thinking about taking executive action on immigration and very quietly decided to delay his decision until after the election that would make political sense, but this extremely public delay seems to have no real upside to me.

Most of the political damage was done when the administration first announced they would eventually do something big on immigration. I don’t see how not releasing the details now as promised helps much. It is not like his conservative opponents feel heavily constrained by the truth or won’t criticize until they have all the facts.

While Republicans could have rallied conservative voters by attacking the actual executive action on immigration, I imagine attack ads about ‘Obama’s secret immigration plan that Democrats are hiding from you’ could be equally if not more effective. The unknown can be scarier than the known and gives opponents more room to take liberties with the truth. The GOP would attack the executive action as bad policy, but now they will attack this secret plan as bad policy and frame it as a nefarious attack on democratic accountability.

Yet on the other side of the equation, the delay has clearly angered immigration reform groups and Hispanic voters on the left. It has also made Obama look less as a leader and more a calculating dishonest politician by breaking his promise to do something by the end of summer.

Delaying an action until after the election is one of those decisions that only makes sense if it means no one talks about the delay but there has been way too much coverage of this promise for it to be ignored.

Photo by mar is sea Y under Creative Commons license