I spotted this terrible story today CEO Caught on Video Kicking Puppy.  The video is disturbing and seems clear cut. You really feel for the poor dog. But let’s not jump to conclusions until all the facts are in and we hear from all sides. 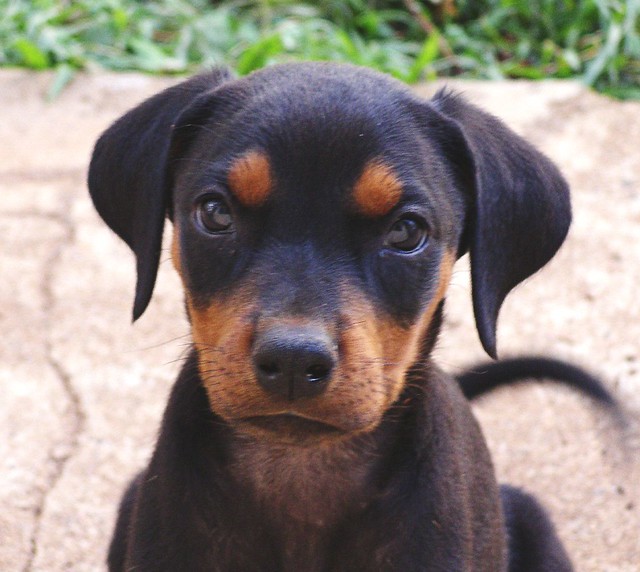 As more details were revealed, we learned the kicker was Des Hague, the CEO of Centerplate, a  multibillion-dollar sports-catering company that provides concessions for major arenas like the new Levi’s Stadium in Santa Clara and Qualcomm Stadium in San Diego.

“I take full responsibility for my actions, this incident is completely and utterly out of character and I am ashamed and deeply embarrassed,” he said in a statement. “Under the circumstances of the evening in question, a minor frustration with a friend’s pet caused me to lose control of my emotional response. Unfortunately, I acted inappropriately, and I am deeply sorry for that and am very grateful that no harm was caused to the animal. I have reached out to the SPCA and have personally apologized to the dog’s owner. At this time, I would like to extend my apology to my family, company and clients, as I understand that this has also reflected negatively on them.”

Then, when the San Diego paper looked into it further they found that Hague lied in his statement. The B.C. SPCA determined the dog, Sade, was his, not a family friend’s pet. (I suppose that makes personally apologizing to himself easier.)

Eventually, after multiple stories and worldwide outrage, the board acted.  Des Hague to donate $100,000 and serve 1,000 hours of community service (According to Fortune,  Centerplate is a privately held $6 billion business with 30,000 employees and more than 350 clients and is challenging industry leader Aramark.)

People in Vancouver, San Diego and other cities have called for their venues to drop their relationship with Centerplate.  Several articles mentioned people planning to not purchase food and drink at the venues.  Other stories mentioned how canceling the Centerplate contract would end up hurting the local employees and the revenues the cities get from the concessions.

In a statement the San Diego Chargers said,  “It’s unfortunate that his actions have tainted the local Centerplate employees who devotedly serve our fans.”

For me that statement is key. His actions tainted the Centerplate brand. People want him to pay, not some minimum wage worker pouring beers that cost more than their hourly wage.

So a few days later, it looks like the situation is getting addressed, changes are being made.  Further consequences, including possible jail time, for Hague are still to come.

This story is a good example of the power of video, the established mainstream media being amplified by social media and a demonstration of the economic consequences of bad behavior by a key member of a corporation. Also, not to be missed is our love and support of pets.   I want activists to learn from this story and see how this can apply to other situations.

How the RW Drives a Narrative Flip or “What about the poor CEO? He’s the real victim here.”

I see too many cases of rich and powerful who change the narrative, become the victims and turn the story around.  Who helps them? Why do they do it? How do they do it?  And finally, can we thwart them in their support of morally repugnant behaviors?

One of the more powerful narrative players to have on your side is the right wing media.  You need the right credentials and viewpoints, but if they back you, you can steal millions from people, point guns at federal officials and even shoot and kill someone and get lauded for it.    Paul Rosenburg points out in Salon, that media supporting the powerful in not new but the levels they do it at are now extreme.  To get support from RW media, you need to fall under one of these categories,

What if Hague fell into one of these categories? What would that look like?

As an exercise I wondered, ‘What if I was a line producer at Fox News and heard a story about a multi-millionaire CEO abusing a dog. I love dogs, so I would dig into the story and find the facts. Then when the producer heard how I reported the story he would say,

“No! This is all wrong, we are on the side of the abuser! Get more about the CEO’s side of the story. So what if  the dog didn’t have a history of attacking people. I don’t care if she is a puppy, she will grow big. Some say it’s a dangerous breed, right? If the dog didn’t attack him right before the scene in the video, maybe she attacked someone else an hour earlier and the discipline is happening now.”

“Maybe the dog likes being abused. Find some experts who can talk about training problem dogs. Didn’t a doberman kill some kids recently?  The dog was on worm pills, the normal side effects make them sleepy, but couldn’t this dog be different and get aggressive? Isn’t kicking an aggressive dog necessary for control? Stop looking for ways to make our guy look bad, start confirming ways this dog is the problem!”

Am I being too obvious with my comparison to another news item? Is that a bridge too far?  Is the idea of a Fox News producer looking for the facts too ridiculous? Okay, let me make a closer comparison. Remember this story?

This is what you can do when you have the right wing media on your side. You can even get the MSM to start seeing your point of view.  They RW media always figure out a way to excuse or support some very unconscionable acts as long as they fall into one of their six categories.  I want activists to learn from this story and be prepared to counter the RW media support.  Also, think about how this can applied to other situations.

Do You Have Video of Jamie Dimon Kicking A Kitten?

We aren’t told who the person is who got the tape of Hague to the B.C. SPCA. We are told an “unidentified employee [at the hotel] reported the case to the SPCA last Thursday, along with a copy of the surveillance video.”  Now if Fox News was on the CEO’s side that person would be under attack. The focus shouldn’t be this person, but Fox would make it the story, that is another way they support their side. Always attack, attack, attack. Motives are questioned. Innuendo is spread.

But say you know a worker at the hotel or co-op of one of the men most responsible for crashing the economy. The rich WS types know they are protected 13 ways to Sunday in the whole “crashing the economy” front, but not in the “abusing a pet” area.  Might you bring that info to your local ASPCA? It’s not like you are going to the frightened Department of Justice who worries about too big to fail banks with connections to the President. Board members know how to defend a shady CEO’s skills that made them rich, but have a much harder time defending someone’s physical abuse of an animal.

People always talk about how they got Al Capone on taxes, but why aren’t we applying that kind of thinking in order to bring down the mega WS criminals hurting America?

I’m not saying that Hague is a psychopath, but we know that there are powerful people who are, and their behavior isn’t always channeled appropriately.  We should keep an eye out for that kind of behavior.  If they can’t be prosecuted for their biggest actual financial crimes, look at what kind of crimes still do get prosecuted.  We don’t need to make stuff up, just keep our eyes open.

Assemble all the facts, check to see if the abusers are supported by RW media so you can prepare for the response and be prepared for a viral storm.

The founder of the ASCPA, Henry Bergh, believed that protecting animals was an issue that crossed party lines and class boundaries. To his audience, which included some of Manhattan’s most powerful business and government leaders, he stressed, “This is a matter purely of conscience; it has no perplexing side issues. It is a moral question in all its aspects.”