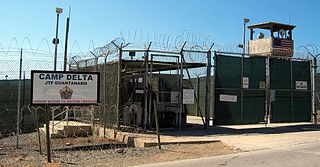 The Sierra Club, National Wildlife Federation (NWF) and other green groupsrecently revealed that pipeline giant Enbridge got U.S. State Department permission in response to its request to construct a U.S.-Canada border-crossingtar sands pipeline without earning an obligatory Presidential Permit.

Enbridge originally applied to the Obama State Department to expand capacity of its Alberta Clipper (now Line 67) pipeline in November 2012, but decided to avoid a “Keystone XL, take two” — or a years-long permitting battle — by creating a complex alternative to move nearly the same amount of diluted bitumen (“dilbit”) across the border.

The move coincides with the upcoming opening for business of Enbridge’s “Keystone XL” clone: the combination of the Alberta Clipper expansion (and now its alternative) on-ramp originating in Alberta and heading eventually to Flanagan, Ill., the Flanagan South pipeline running from Flanagan, Ill. to Cushing, Okla. and the Cushing, Okla. to Port Arthur, Texas Seaway Twin pipeline.

Together, the three pieces will do what TransCanada‘s Keystone XL hopes to do: move dilbit from Alberta’s tar sands to Port Arthur’s refinery row and, in part, the global export market.

Environmental groups have reacted with indignation to the State Department announcement published in the Federal Register on August 18. The public commenting period remains open until September 17.

Jim Murphy, senior counsel for NWF, referred to it as an “illegal scheme,” while a representative from 350.org says Enbridge has learned from the lessons of its corporate compatriot, TransCanada.

“When we blocked Keystone XL, the fossil fuel industry learned that they have a much stronger hand to play in back rooms than on the streets,” said Jason Kowalski, policy director for 350.org. “They will break the law and wreck our climate if that’s what it takes for them to make a buck.”

But as the old adage goes, it takes two to tango.