We’ve all heard the Obama Administration and our corporate media strongly implying, if not out-and-out declaring, that Russian separatists in eastern Ukraine shot down Malaysian Airlines Flight MH 17 with a surface-to-air missile last month, therefore, Vladimir Putin and Mother Russia itself are responsible. Now, according to a story from a newspaper that is, to be generous, heavily influenced by the Malaysian government, that premise is being challenged by Malaysia itself. 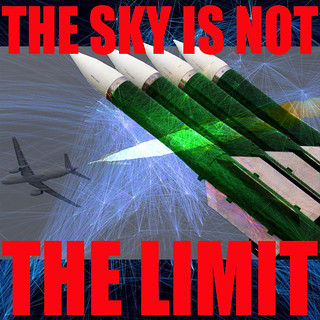 According to those damned good investigative journalists at the World Socialist Web Site, the article in the New Straits Times of Malaysia claims that expert analysis of photographs of the wreckage shows a pattern of the airliner being hit by an air-to-air missile first, and then finished off by machine gun and cannon rounds fired from the air, and even aimed at the cockpit. Please read the whole story, which is well-written and not very long.

If there really is a neutral party to all of this that just wants to get to the truth, it’s probably the Malaysians. It was their plane, after all, and they really have no vital interests tied up in either Russia or Ukraine. I’m far more inclined to give them the benefit of the doubt over the claims of the Obama Administration, the Kiev regime, or Vladimir Putin, for that matter. Speaking of the latter, though, according to the article the Russian military DID say that there were two Ukrainian fighter jets trailing the airliner just before it went down, although of course that was pooh-poohed by the Western corporate media.

If this is true, and it may well be, it would seem that the fascistic government in Kiev, installed by a coup backed by both Washington and Berlin, was so desperate for military support from the West that it murdered an airliner full of innocent neutrals in order to paint the Russians as really, Really BAD PEOPLE. It doesn’t really matter whose idea it was or, at this point, even if it was a mistake. That’s how the whole incident has been spun.

Well, one thing’s for sure. The current regime in Kiev really, really doesn’t deserve my, your, or anyone else’s support.