86% of Gaza Dead Were Civilians (Believe the UN, Not NY Times’ Jodi Rudoren) 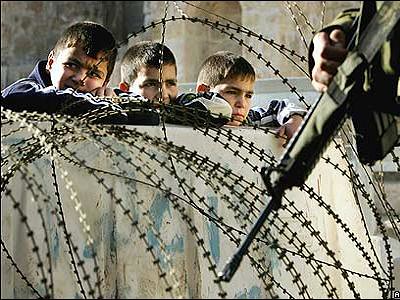 86% of Gaza Dead Were Civilians

As a pro-Israel propagandist, what would you do if the UN had just announced that 86% of those killed by Israel in its ‘war’ on Gaza were civilians? Would you:

1) Report the facts grudgingly but honestly.
2) Pretend the UN numbers don’t exist.
3) Misreport and slant the UN numbers so they favor Israel and add ‘for balance’ the alternative figures produced by an NGO allied with the Israeli military.

Well, obviously you’d choose 2 or 3. All except one American mainstream media outlet simply didn’t report the data provided by the UN’s Office for Coordination of Humanitarian Affairs (PDF). I have found only one mainstream publication that did so, France’s Liberation, and there you see the 86% civilians figure (my poor translation aided by Google):

Over 29 days the Hamas-Israel war has killed more than 1,850 Palestinians and 64 Israeli soldiers, destroyed hundreds of homes and ruined an already barely functioning economy. The Gaza conflict numbers at the beginning of the 72-hour truce:

– THE DEAD AND WOUNDED –

According to local emergency services, 1,867 Palestinians were killed and over 9,500 injured. According to a report Tuesday 0500 GMT the Office for Coordination of Humanitarian Affairs of the UN (OCHA), 1,814 Palestinians were killed. Among the 1,527 who were identified the overwhelming majority are civilians (1.312, 86%), including 408 children and adolescents and 214 women.

For its part, Israel lost 64 soldiers, its heaviest losses since the war with Hezbollah in 2006. Three civilians, including a Thai [resident], were also killed by rocket fire.

Liberation is working directly from the latest OCHA report:

Up to 08:00 on 6 August, the cumulative death toll among Palestinians was at least 1,849 according to preliminary data collected by the Protection Cluster from various sources, including 279 persons (15 percent) who could not be identified or their status established. Of the fatalities whose identity and status could be verified (1,570), (1,354 people) are believed to be civilians, including 415 children and 214 women, and nearly 14 percent (216) members of armed groups.

1,354 is 86.2% of 1,570. But instead of acknowledging these non-controversial figures, generated by the UN, an organization that is independent of the two warring sides, the New York Times’ Jodi Rudoren chooses “3)” and promotes the views of the Israeli-military linked Meir Amit. Not surprisingly but still preposterously it claims about half of the Gaza dead were combatants (or ‘militants’, the term the NY Times prefers for the Gaza government’s soldiers). As for the UN figures, here’s how she deals with the UN’s OCHA:

The United Nations — which had a lower death toll, 1,814 — said that at least 72 percent were civilians …

But wait, Jodi, I go to that link and it says this:

So, obviously, you’re lying. No, I don’t accept that you ‘made a mistake’ or that you seriously think all the bodies that could not be identified (yes, that is a nightmare image) were the bodies of combatants.

Greg Mitchell very capably and with all the essential sarcasm handles Rudoren’s stenography for the war criminals:

Rudoren to the Rescue on Civilian Toll
August 6, 2014

What a shock: NYT Jerusalem bureau chief finally journeys to Gaza–to promote Israeli claims that the civlian toll is much lower than everyone else has it. Of course, it’s the top story on the Times’ site now–and on their front-page in print– even with her record of taking ultra-seriously false Israeli claims at face value (such as attacks on schools and captured soldier). Note that early on she cites “impressive documentation” of one pro-Israeli group—based on just 152 casualties.

‘Palestinians and their supporters contend….’ No, it’s the UN and such groups, not just the Palestinians. Her idea of balance: Palestinians claim there was indiscriminate fire killing whole families, but: ‘Israel has published extensive video images of warplanes aborting missions to avoid collateral damage, and provided summaries of warnings it gave residents before attacking buildings.’ Rudoren concludes that ‘perhaps’ a majority were civilians (apparently far less than than 72% to 82% figures provided by all others, except the Israelis).

Then we see that she highlights the claim that most of the men between 20 and 29 might quite likely be Hamas fighters, which is ludicrous. She wonders why men of that age seem to be ‘over-represented’ in the death counts. Well, could it be that they make up the vast majority of people who are out in the streets gathering the dead and injured, digging in the rubble, rushing for home supplies who then fall victim to Israeli strikes–not to mention the many medics, ambulances drivers, even a dozen journalists, killed? She also points to claims that anyone who is merely ‘affiliated’ with Hamas–which, after all, is the elected government and runs the ministries and daily services–might be considered a combatant. And to top it off: She suggests that deaths by ‘domestic violence’ might be part of the 1850 toll. …

[A]ll one has to do is read the latest accounts today from reporters and others finally getting a good look around today in Gaza to recognize how twisted and stenographic Rudoren’s account stands. (From UNWRA’s spokesman: ‘Entire neighborhoods have turned into ghost towns, covered in rubble and the smell of decomposing bodies.’) …

There’s much else to dislike about Rudoren’s article, but let’s keep the focus on innocent civilians and conclude for now.

86% of Gaza Dead Were Civilians (Believe the UN, Not NY Times’ Jodi Rudoren)