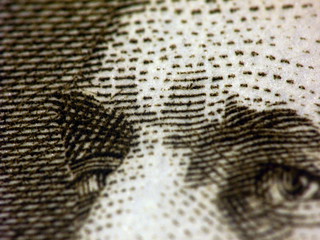 We need to focus our energy on one fight, going straight for the beating heart of the filthy rich.

The halls were full of people working to increase the minimum wage, many of them quite inspiring, including Saru Jayaraman, author of Behind the Kitchen Door and a leader in fight for fair pay to restaurant workers. I heard a few remarks about Capital in the Twenty-First Century by Thomas Piketty, but always in the context of income inequality. I heard about campaign finance, worker’s rights, and the whole gamut of liberal programs for making capitalism work better.

In one invitation-only meeting, the speaker, a brilliant guy, used Piketty’s language to explain that rising income inequality is not the automatic result of the workings of our capitalist market system, but is caused by specific policy decisions made to benefit the rich. But the next step was out of reach. These policy choices are driven by the filthy rich, to maintain their mountains of money, and to make those mountains higher.

The plain fact is that these crackpot billionaires and all the millionaires who own or manage businesses are ruining the country, using their fabulous wealth to trample every decent impulse of decent people into the muck. There are probably 60,000 households in this country who can afford to buy a congressman or a senator or a crucial bureaucrat to support their pet issue by paying $300,000 into their campaigns or hiring their family or contributing to their favorite charity or putting a little something into their pockets on their way in or out of the revolving door into government service or paying them $200,000 for a meaningless speech and a meet and greet.

It takes hundreds of thousands of regular people giving $50-$1,000 at a time to fund the election of Elizabeth Warren, probably all the political money these families can afford. And, while getting Warren a bully pulpit has worked, in most other cases we get someone who is not always on our side, or we fail even to get them elected.

We know that the Oligarchs have three principal goals:

1. Protecting and preserving wealth
2. Insuring the unrestricted use of wealth
3. Acquiring more wealth.

They accomplish those goals with the support of the legislators, bureaucrats, and judges they buy. They use their spare change to create institutions and groups and pay their favorite writers and academics to justify whatever they want. None of this is a significant cost to crackpot billionaires or to multi-millionaires. And it works brilliantly. Jayaraman explains it this way: Congress won’t vote against the demands of the National Restaurant Association. The reason food servers, who are mostly women, are poorly paid because the NRA dominates the minimum wage discussion in Congress and in the cities where the issue is raised.

You are poor precisely because they are rich. They take your work, and your productivity, give you as little as the law will permit or less, and keep the rest for themselves. Nothing you want or need happens unless it meets their three goals. This happens because they have created circumstances in which they do not have to deal with goals 1 and 2, and are free to focus their money on goal 3: increasing their piles of money, inevitably at your expense.

Liberals have a set of policies to change things, worker rights, minimum wage, campaign finance reform, and on and on, and each one of them has to be fought out in full financial and social battle array. The energy expenditure is enormous for us on each issue, but it’s just swatting flies for the oligarchy.

The solution is obvious: we have to force these cheats and thugs to move back to goal 1, defending their wealth. Piketty has laid out the plan. We tax wealth world-wide. We raise marginal tax rates on the highest incomes. We increase the estate tax on huge estates. We enforce those rules through aggressive use of the records the financial sector maintains. He suggests imposing a small tax at first on wealth, so that we can know who actually owns it. I’d add that then we say that undisclosed and untaxed wealth escheats to the nation that finds it, with a reward to any individual who is directly or indirectly responsible for disclosure. As a side benefit, we get to learn about drug lords, arms runners and Ponzi Schemers.

This idea isn’t about some supposed need to raise revenues to fund the budget, because we know there is no need to do that. Taxes For Revenue Are Obsolete, as we learned from by Beardsley Ruml, Chairman of the Federal Reserve Bank of New York, in 1946. Taxes serve a number of purposes, including limiting political power of the rich. Raising revenue isn’t one of them, as Ruml demonstrates. The point is to engage directly on the issue of the undeserved and unwarranted political influence of the rich, not to suggest that we lack the resources to live in a decent society. We focus our energy on one fight, going straight for the beating heart of the filthy rich.

Does this sound like class war? Or just fighting back?