Can We Talk About the Economics, Politics and Religion in the Movie Snowpiercer?

spocko
0 0
Can We Talk About the Economics, Politics and Religion in the Movie Snowpiercer? spocko 2014-07-03 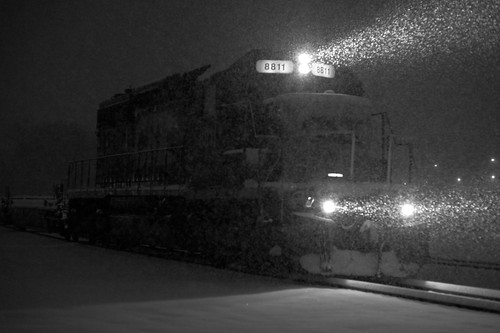 Snowpiercer. Have you seen it?

I saw the movie Brazil when it was first released in a big domed theater in San Jose.

It blew me away. I dragged others to it so I could see it again and again. I wanted people to see it so we could discuss it. I feel the same way about Snowpiercer.

I’ve read about 20 reviews of the movie and most reviewers assume everyone “gets” the various issues the film brings up and focuses on the directing, acting and cinematography.  Some call the allegories and metaphors “heavy handed.” Others touch on the economic theories shown and class struggles, but don’t spell them out.  I’d like to hear from people who can spell them out and talk to me about what they mean.

For example, there are a lot of references to Ayn Rand’s work. I know about her work but not enough to spot all the connections. Someone asked me if Snowpiercer portrayed her views in a good or bad light.  I said both, it depended on which part of the train you were on. Which raised the question. “Where am I in our economic train?  How did I get here? Why am I not revolting?” (Although some may disagree on that last bit.)

Before I watched the movie I read Thomas Franks’ interview with author Barry Lynn. The title is,  ‘Free markets killed capitalism: Ayn Rand, Ronald Reagan, Wal-Mart, Amazon and the 1 percent’s sick triumph over us all”

They discuss the concentration of economic power in many different industries, it’s really shocking to read and describes how we got here and how certain ideas are harming us.  He brings up interesting history from the era when people understood why concentration of power was a bad thing and what they did to prevent it.

When did America stop suspecting and fighting power concentration and dominance?

I recently had a great conversation with a friend on this issue who reminded me of some small “r” republican values that are out of favor. One was the idea that dominance is something that should be thwarted. As in the East Indian Company and a certain Boston Tea party. Steps were put into place to stop concentrations of power.  Some are still in place, but not enforced or toothless. During Reagan’s era the idea was to switch focus to the consumer and prices. Frank asks:

“All the stuff you’re saying about industrial liberty and freedom from bigness, private governance, whatever, industrial feudalism, all that’s gone and it’s about the consumer and prices?”

Another aspect of the movie were religious themes and human empathy. I spotted Christianity and Hinduism, but also the dominant religion of many in America, the religion of the free market.

I don’t want to spoil the movie for people, I want people to see it. I want to ask the people who call themselves Christians, how can you actively embrace programs that are clearly against the teaching of Christ?  I want to ask their response to real world scenarios, not just movie ones. But if I shove real hypocrisy in their face what do I get? “Well I’m not perfect, we are all sinners.”  If you really worship Christ show me. Show me in every action of your life. Are you really following His teachings or Ayn Rand? I understand not following all of a Church’s teachings, some are out of date, but if you aren’t following those, what model ARE you following? Are you a cafeteria capitalist? Or a cafeteria Catholic?

In the movie Snowpiercer are you more like John Hurt’s character or Tilda Swinton? Do you relate to the cook or the gate lock designer? Or do you think you run the train? Do you punch down or punch up when it comes to injustice?

Do you protect your future children from physical harm but not from economic and environmental harm?

Finally, I love an aspect of the end that showed something we didn’t expert, a relationship that reveals a deeper level of planning most people would never know existed. If you read science fiction you have seen this reveal before in the works of Isaac Asimov.

If you don’t follow Asimov, but like to look at actual history of economics, I recommend listening to this podcast of the Majority Report with Sam Seder and Philip Mirowski.

Mirowski talks about the history and the long term planning and selling of Neoliberalism, from his book  “Never Let a Serious Crisis Go to Waste: How Neoliberalism Survived the Financial Meltdown”  The interview is one of the best I have heard in a long time and is both enlightening and depressing.

At the end of the interview Sam questions him about directions in the future for different economic views. Like the character Curtis in the movie, Mirowski points out that it’s hard to stop the momentum of an engine that has so much power, and that radical actions might be necessary, but they come with a heavy price.

Can We Talk About the Economics, Politics and Religion in the Movie Snowpiercer?