Why Is the American Red Cross Acting Like Big Business and Not a Charity?

Brandon Jordan
0 0
Why Is the American Red Cross Acting Like Big Business and Not a Charity? Brandon Jordan 2014-06-28 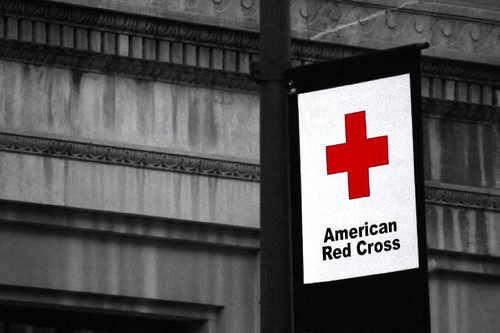 The American Red Cross refuses to release information about how it spends the money it receives as donations, they don’t want to reveal “trade secrets.”

The American Red Cross denied a request from ProPublica’s Justin Elliot on how the charity spent $300 million raised for Hurricane Sandy victims. ProPublica previously wrote on the difficulties they had obtaining information on how the money was spent by the foundation.

Strangely, however, the Red Cross denied the request using the “trade secrets” exemption of New York state’s open government laws. The release of the information would cause them “competitive harm.”

The Red Cross is also under investigation by New York Attorney General Eric Schneiderman, who said last year 42 percent of donations, at the time, raised by 89 different charities—the Red Cross among them—did not go victims of Hurricane Sandy. Schneiderman, along with others, was able to apply pressure to the Red Cross to donate an additional $6 million to the victims.

As mentioned in the article by Elliot, the use of “trade secrets” by the Red Cross is a peculiar argument by the foundation since charities ordinarily would not be expected to use the exemption. Indeed, the Red Cross is so protective of its structure that it hired Gibson, Dunn & Crutcher, the law firm New Jersey Governor Chris Christie hired to investigate the”Bridgegate” scandal, ultimately exonerating most of Christie’s staff after the questionable investigation.

Gabrielle Levin, a lawyer with Gibson Dunn, wrote a letter to Schneiderman defending the right of the Red Cross to deny access to the requested information. Levin said the Red Cross “would suffer competitive harm because its competitors would be able to mimic the American Red Cross’s business model for an increased competitive advantage.”

The use of their “business model” is alarming considering this model failed after Hurricane Sandy hit the Mid-Atlantic region. Journalist Sam Knight covered its failures during Hurricane Sandy relief in a recent article highlighting the power Occupy Sandy held during the crisis. In one example, Knight revealed how the Red Cross failed to help move a 90-year-old woman to a warm place, yet it provided a hotel in Manhattan for its volunteers, costing $181,000.

Knight continued on the problems the Red Cross had when distributing aid to the residents affected by the hurricane.

“Just outside the church, another scene of clumsily administered relief was on display. At the nearest intersection, a Red Cross van announced, via megaphone, ‘hot soup!’ to no one in particular. Two blocks in either direction, locals were ladling warm meals to anyone seeking a hearty eat. The truck left not long after arriving. It fed no one,” Knight wrote.

It is difficult to believe any other charity would emulate the “business model” of the American Red Cross in future disasters considering its most recent failure. In fact, they would follow what Occupy Sandy did, as journalist Allison Kilkenny mentioned when reporting on their efforts. Diego Ibanez, a volunteer who helped Occupy Sandy in Long Island attests to this:

The National Guard came to us and said you guys are way more organized than we are. They’re giving us stuff to hand out. We got over six hubs or collectives. Every twenty blocks, we have a new spot that we’re trying to engage with the community at. We’re not the Red Cross. We’re not FEMA, so it’s different. It’s grassroots. It’s guerilla-style. It’s a different kind of struggle, but we’re trying.

It is difficult to tell how the money was spent as administrative costs for the foundation are only four percent of its expenses. The denials of the Red Cross, however, place suspicion on the charity itself, even it if does not want the attention. By denying a request to see how the money is spent, it legitimatizes criticism of how the Red Cross handled its operations after the disaster.

By arguing it has trade secrets, the Red Cross allows itself to be a company rather than a foundation. A trade secret is, according to the Uniform Trade Secrets Act, “information, including a formula, pattern, compilation, program, device, method, technique, or process.” In addition, it consists of two parts adding to the information:

(i) derives independent economic value, actual or potential, from not being generally known to, and not being readily ascertainable by proper means by, other persons who can obtain economic value from its disclosure or use, and

(ii) is the subject of efforts that are reasonable under the circumstances to maintain its secrecy.

What the Red Cross is arguing is their trade secret provides economic value compared to their competitors (as if assisting people after disasters was a competitive business). Michael Risch, a law professor, explained what is a part of this economic value in a report from 2006 titled “Why Do We Have Trade Secrets?” Essentially, the economics of trade secrets come down to two parts: its own value and its value to society.

“Perhaps the best justification for the existence of trade secrets is a purely economic one, for two primary reasons. First, trade secrets relate to the economic value of information; it stands to reason that economic analysis is the appropriate way to justify the law. Second, economic analysis shows that the particular bundle of rights associated with trade secrets adds to societal wealth in a defensible, potentially measurable and provable way,” Risch wrote.

But, if what Risch states is true, it would make the Red Cross’ information so valuable that other foundations or governmental agencies would have to guess what they do. Furthermore, society would have to be in debt to the efforts of the Red Cross.

It is not as if the Red Cross is harmful. In fact, they produce a lot of benefits for the community through their blood donation drives and disaster assistance. They did produce some success in certain areas in New York City after Hurricane Sandy.

But the issue remains that the use of “trade secret” by the Red Cross is excessive on an issue where victims have suffered plenty. It is easy to see the Red Cross does not wish to speak further on the their failures after Hurricane Sandy. But such information would have to be released eventually.

We can only wait and see what the Red Cross will do next as the inquiries from ProPublica continue. But for now, the Red Cross should feel ashamed for attempting to act as a corporation for natural disasters and humanitarian aid as their success history is mixed.

Why Is the American Red Cross Acting Like Big Business and Not a Charity?