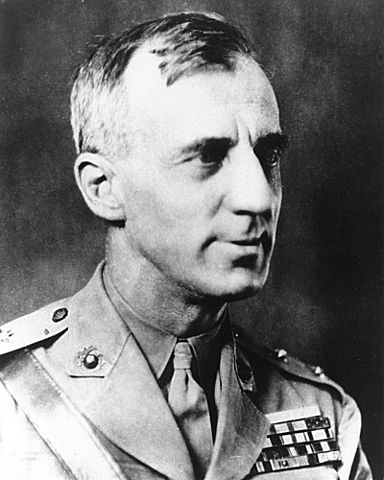 In 1935, US General Smedley Butler detailed in his “War is a Racket” the World War I racket he had served. It is now much, much worse.

Vice-President Richard Cheney and his fellow Neo-Cons originally lit the barn fires with their factually unjustified invasion of Iraq in 2003. Bush-Cheney then torched the secular, but Sunni sect based, ruling Baathist Party and applauded the decapitation of its brutal, but anti-al Qaeda leader, Saddam Hussein. (Saddam himself had originally been put in place by the US CIA in a coup, but thereafter fell out of favor with the US government because he dared to assert exclusive control of Iraq’s oil industry.)

Up to his ouster, Saddam had successfully kept the radical jihadists out of Iraq, which even the US intelligence agencies have admitted:

“There was no al Qaeda-Iraq connection until the war; our invasion made it so. We have known this for nearly a decade, well before the murderous ISIS even appeared. In a September 2006 New York Times article headlined “Spy Agencies Say Iraq War Worsens Terrorism Threat,” reporter Mark Mazetti informed readers of a classified National Intelligence Estimate representing the consensus view of the 16 disparate spy services inside government. Titled “Trends in Global Terrorism: Implications for the United States,” the analysis cited the Iraq war as a reason for the diffusion of jihad ideology: “The Iraq war has made the overall terrorism problem worse,’ said one American intelligence official.”

Now jihadis even more extreme than Al Qaeda, the ISIS, are an hour outside of Baghdad, threatening the capitol city and its Shia sect residents. Its Sunni sect population, a minority in Baghdad, is seemingly terrified of the reaction of the Shiite majority as well as the blatantly brutal, although Sunni ISIS. Likely everyone there is arming. (The NRA must be delighted.)

Upon dissolving Saddam’s army, the US then paid its private defense industry contractors billions to build a new Iraqi army in addition to building all the infra-structures for the US’s own army in Iraq, along with providing both all their attendant services. (Chaney’s Halliburton company did very, very well.)

But we went into Iraq to stop its “weapons of mass destruction” build-up (of which they had none) and end its supposed connection to Al Qaeda (which didn’t exist), right?

The oil and military industries, having lost their main justification for charging US tax payers for armaments and related oil profits with the dissolution of the USSR , then turned for solace to the independently bellicose neoconservatives within the Bush-Cheney administration, s to sever its connection with al Qaeda terrorists (which did not exist) cheer-leading for their disastrous (for human beings) invasion of Iraq. After all, Iraq had the oil that their industries coveted.

(Did Cheney and the other oil and armaments profiteers have the malevolent foresight to see that the invasion of Iraq could set the stage for continuing war among the mid-east’s religious and political sectarians for their further enrichment in the endless future? Or was that merely a lucky coincidence?)

The disbanded Sunni military members left their jobs taking their arms, ammunition and bomb-building skills with them. A portion of these now unemployed Sunnis, put their skills to work blowing up Iraqi civilians in market places in Shiite neighborhoods as well as US soldiers in their multiple new and expensively constructed bases for the next few years.