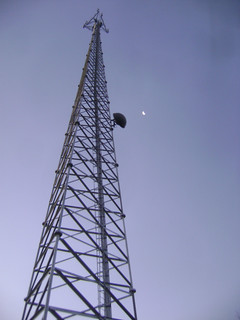 Stingray electronically inserts itself into this relay as if it were a cell tower itself.

In the case of Stingray, a cell phone spying device used against Americans, the government does have something to hide and they fear the release of more information. Meanwhile, the Fourth Amendment weeps quietly in the corner.

Cell phone technology is very useful to the cops to locate you and to track your movements. In addition to whatever as-yet undisclosed things the NSA may be up to on its own, the FBI acknowledges a device called Stingray to create electronic, “fake,” cell phone towers and track people via their phones in the U.S. without their knowledge. The tech does not require a phone’s GPS. This technology was first known to have been deployed against America’s enemies in Iraq, and it has come home to be used against a new enemy– you.

Stingray, also known as an International Mobile Subscriber Identity, or IMSI, catcher, works like this. The cell network is designed around triangulation and whenever possible your phone is in constant contact with at least three towers. As you move, one tower “hands off” your signal to the next one in your line of motion. Stingray electronically inserts itself into this process as if it was a (fake; “spoofed”) cell tower itself to grab location data before passing your legitimate signal back to the real cell network. The handoffs in and out of Stingray are invisible to you. Stingrays also “inadvertently” scoop up the cell phone data of anyone within several kilometers of the designated target person. Though typically used to collect location metadata, Stingray can also capture conversations, texts and mobile web use if needed.

Stingray offers some unique advantages to a national security state: it bypasses the phone company entirely, which is handy if laws change and phone companies no longer must cooperate with the government, or simply if the cops don’t want the phone company or anyone else to know they’re snooping.

This has led the Electronic Frontier Foundation (EFF) to warn “A Stingray— which could potentially be beamed into all the houses in one neighborhood looking for a particular signal— is the digital version of the pre-Revolutionary war practice of British soldiers going door-to-door, searching Americans’ homes without rationale or suspicion, let alone judicial approval… [Stingray is ] the biggest technological threat to cell phone privacy.”

Trying to Learn about Stingray

Learning how Stingray works is difficult.

The Electronic Privacy Information Center filed a FOIA request for more information on Stingrays, but the FBI is sitting on 25,000 pages of documents explaining the device that it won’t release.

The device itself is made by the Harris Corporation. Harris makes electronics for commercial use and is a significant defense contractor. For Stingray, available only to law enforcement agencies, Harris requires a non-disclosure agreement that police departments around the country have been signing for years explicitly prohibiting them from telling anyone, including other government bodies, about their use of the equipment “without the prior written consent of Harris.”

A price list of Harris’ spying technology, along with limited technical details, was leaked online, but that’s about all we know.

Though the non-disclosure agreement includes an exception for “judicially mandated disclosures,” there are no mechanisms for judges even to learn that the equipment was used at all, thus cutting off any possibility they could know enough demand disclosure. In at least one case in Florida, a police department revealed that it had decided not to seek a warrant to use the technology explicitly to avoid telling a judge about the equipment. It subsequently kept the information hidden from the defendant as well. The agreement with Harris goes further to require law enforcement to notify Harris any time journalists or anyone else files a public records request to obtain information about Stingray and also demands the police department assist Harris in deciding what information to release.