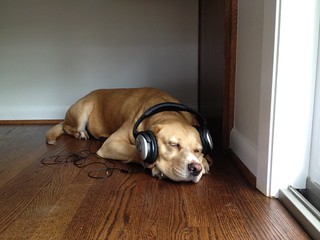 Development of tar sands and oil shale on the Colorado Plateau is a violent and dangerous act requiring a bold defense. The Colorado River system, which provides water to 40 million people in the US, Mexico and many indigenous nations, is already over-tapped and tainted by numerous industrial poisons. Dirty energy kills millions world over at the site of mines, refineries, and in downsream communities. Moreover, extreme extraction like tar sands strip mining threatens our hope for a livable planet. That’s why we made a small but direct contribution to stop this violence against the Earth and its inhabitants. We invite all people to resist extreme extraction in their communities, defend life and fight for liberation.

A lot of media sources, even reputable ones like The Guardian have reported that videos by small music labels are about to vanish from YouTube. It’s not quite that simple or that dire, retorts Digital Music News, in an article titled “Everyone Calm Down. YouTube Is NOT Going To Remove Music Videos.”

It just goes to show, that a sensationalist headline is too good to pass up. And yes, if YouTube was going to rip down every video containing music that was not signed up to their new Spotify-esque music streaming service, then that WOULD be HUGE news. As it was today.

Sure, Robert Crookson of the Financial Times got the interview with Robert Kyncl, YouTube’s head of content and business operations, but even he got the story wrong. YouTube has been so secretive up to this point about it’s alleged streaming service (they hadn’t gone on record that it even exists until today) that Crookson interpreted what Kyncl said wrong.

Note that in Crookson’s article, Kyncl is not quoted anywhere saying ‘YouTube will be blocking music videos.’ Crookson said it. And everyone else repeated it.

You really think that every video that contains music is going to be ripped down if that song has not been submitted to YouTube’s new music streaming service? That would be a nightmare for YouTube. With lots of room for error.

According to an anonymous source of the author, Ari Herstand, what may be blocked is the internal ID Google uses to monetize videos.

This source explained that the ‘account’ they refer to is the CMS account you get from YouTube when you become an approved partner of their video monetization program and the account partners use to manage content ID claims. Since the streaming service and content ID will be managed under the same partner agreement, you must agree to both.

This is still a harsh move — and doesn’t seem supportive of small artists at all. It doesn’t mean your favorite videos are going to be blocked or vanish overnight, but it does potentially mean that some independent musicians begin to move away from YouTube toward other platforms.

The Watercooler is an open conversation. Ask questions, share links and your thoughts.