Ted Cruz Accidentally Admits He Is Bad at His Job 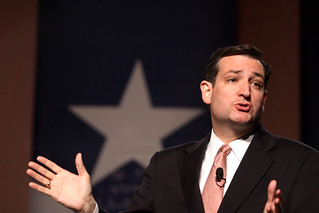 If after a year in Congress you aren’t even aware of the other members you are required to work with, either you don’t care about your actual job or are really bad at it.

Sen. Ted Cruz’s (R-TX) tried to flippantly dismiss criticism by Rep. Peter King (R-NY) but ended up essentially admitting he is really bad at his job. From Cruz’s CNN interview (via Breitbart)

“I don’t know Mr. King,” Cruz replied. “I’ve never met him to be honest. I don’t think I’d ever heard of him until he started getting on television attacking me … He’s welcome to express his opinions and he is entitled to them. I think there are far too many politicians in Washington in both parties that spend their time attacking each other rather than focusing on the substance”

King is currently one of the longest serving members of the House having first been elected in 1992. He recently served as Chair of the House Committee on Homeland Security.

If after a year in Congress you aren’t even aware of the other members you are required to work with, either you don’t care about your actual job or are really bad at it.

Cruz seems to thinks this is an asset for advancing his personal goals, and sadly he might be right.

Ted Cruz Accidentally Admits He Is Bad at His Job