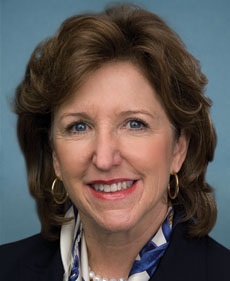 The latest PPP poll is a mixed bag for incumbent Democratic Kay Hagan. The good news for her is that she technically holds a lead over her Republican opponent Thom Tillis, but her job approval rating is underwater.

In a three-way race Kay Hagan stands at 39 percent, Tom Tillis gets 34 percent, and Libertarian candidate Sean Haugh takes 11 percent. This is a rather weak lead for an incumbent so early in the cycle.

That is a surprisingly strong showing for a Libertarian; and normally support for the third place candidate tends to drop off at the last minute, so PPP also polled without Sean Haugh. In just a two-way race Hagan gets 42 percent and Tillis gets 38 percent. It appears Haugh’s support would split fairly evenly between the two other parties.

The poll also found only 42 percent approve of Hagan’s job performance as Senator, while 46 percent disapprove. Her best chance at re-election might be to make voters see Tillis as a completely unacceptable alternative. Since Tillis’ favorability rating is currently pathetic, 23/45, that strategy might work.

The Hagan campaign is already off to a good start there. This week there are several stories highlighting the fact that Tillis insinuating only white people are “traditional” Americans.