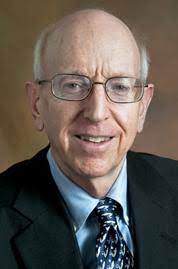 A federal appeals court has overturned a first-of-its-kind ruling by a district court, which had granted a defendant access to secret surveillance records in his case. The court found the district court judge had “disobeyed” a statute and inappropriately decided to disclose materials to defense counsel.

Adel Daoud, a young Muslim who was targeted and arrested in an FBI sting operation in Chicago,  is charged with “attempting to use a weapon of mass destruction” and “attempting to destroy a building by means of an explosive.”

The Seventh Circuit Court of Appeals heard oral argument twice because the court had not recorded the first oral argument. The court issued a rare order to hold a “do-over” to essentially dispel any perception of corruption.

Judge Richard Posner, who was appointed to the court by President Ronald Reagan, wrote the decision [PDF], which is a mostly tedious lecture aimed at Coleman.

“The district judge must in a non-public (“in camera”), nonadversarial (“ex parte”) proceeding, attempt to determine whether the surveillance was proper. If in attempting to determine this the judge discovers that disclosure to the defendant of portions of the FISA materials is ‘necessary,’ the judge may order disclosure, provided there is adequate security,” Posner writes.

Coleman apparently did not have this proceeding before issuing a decision and so the appeals court found that she had permitted the “defendant’s misreading” of the FISA statute.

“Although she read the FISA materials and concluded that she was ‘capable of making such a determination [an ‘accurate’ determination, as is apparent from a previous sentence in her order] of the legality of the surveillance,’ she refused to make the determination, which if she was right in thinking she could make an accurate determination would have obviated the necessity for—and therefore the lawfulness of—disclosure of the classified materials to defense counsel,” Posner adds.

He also suggests, “The judge appears to have believed that adversary procedure is always essential to resolve contested issues of fact. That is an incomplete description of the American judicial system in general and the federal judicial system in particular.” And, later, “It was her obligation to evaluate the parties’ allegations in light of the FISA materials to determine whether she could assess the legality of those materials herself, without disclosure of them to Daoud’s lawyers.”

Thomas Durkin, defense attorney for Daoud, reacted, “While we respect the decision, philosophically, I could not disagree more with Judge Posner and the Court. The adversarial process is far greater than the simple balancing of society’s interest in openness versus national security.”

“The adversary system is the foundation of civil liberties in this country, and this opinion drives another significant wedge into that time honored process as Judge Rovner’s concurring opinion candidly suggests. This is but another step in the continued creation of a two-tiered system of justice in federal courts.”

While it was not necessary for the appeals court to look at the secret surveillance records at issue to make a decision, the appeals court held a secret session with just prosecutors over the objections of defense counsel where they examined the legality of the surveillance. This made it possible to insert nuggets of speech from Daoud, which agents had apparently collected.

Whether the speech was provoked or unprovoked by agents was insignificant to Posner. It enabled him to channel the bravado of the national security state to justify the court’s decision. For example:

…Everyone recognizes that privacy is a legally protectable interest, and it is not an interest of private individuals alone. The Foreign Intelligence Surveillance Act is an attempt to strike a balance between the interest in full openness of legal proceedings and the interest in national security, which requires a degree of secrecy concerning the government’s efforts to protect the nation. Terrorism is not a chimera. With luck Daoud might have achieved his goal of indiscriminately killing hundreds of Americans—whom he targeted because, as he explained in an email, civilians both “pay their taxes which fund the government’s war on Islam” and “vote for the leaders who kill us everyday.”…

These statements entirely obscure the fact that defense counsel were hoping to obtain access to materials to see if the FBI had entrapped Daoud. In other words, the defense does not deny that Daoud contemplated killing Americans but believe undercover agents manipulated him into pursuing the goal of committing a terrorist attack.

Additionally, the appeals court took great issue with the fact that Coleman had defended disclosure to Daoud’s defense by noting that defense counsel had a security clearance. They accused her of thinking that disclosing “state secrets” to “cleared lawyers” could not harm “national security.”

“Though is certainly highly unlikely that Daoud’s lawyers would, Snowden-like, publicize classified information in violation of federal law,” Posner suggests, “they might in their zeal to defend their client, to whom they owe a duty of candid communication, or misremembering what is classified and what not, inadvertently say things that would provide clues to classified material. Unless and until a district judge performs his or her statutory duty of attempting to determine the legality of the surveillance without revealing any of the fruits of the surveillance to defense counsel, there is no basis for concluding that disclosure is necessary in order to avert an erroneous conviction.”

Of course, prosecutors are just as susceptible to “misremembering” and “inadvertently” saying information. The only difference is that everything prosecutors say is in service to “national security” and not the rights of the accused. So, there are virtually no limitations and appeals court judges will overlook how prosecutors may abuse their access to classified information.

It was foreseeable that the appeals court would issue this decision, but Durkin had pleaded with the court to recognize the validity of his point of view.

“Why are we being so technical in this particular case in light of everything that is going on?” Durkin asked during the second oral argument on June 9.

“There is an exception under FISA as you are aware that calls for First Amendment activity. It cannot be just First Amendment activity. I don’t know what this affidavit said. But this kid did a term paper. The government says we submitted all kinds of information from discovery. Well, that doesn’t do us any good whatsoever when it comes to what that affidavit may say.”

Durkin tried to draw attention to the 2011 opinions from the FISA court, which show the government was making misrepresentations about the surveillance being conducted.

“We don’t know whether there’s something in the affidavit that says we’ve tried to rule out all kinds of First Amendment activity and we can’t find anybody. We should be permitted to see that. I don’t see the harm in light of that,” Durkin argued.

Judge Ilana Diamond Rovner did take the time to write a part of the decision, which shows the problem with defendants not being allowed access to the FISA application.

“The defendant has no idea how the government represented the facts to the Foreign Intelligence Surveillance court, let alone whether and how the government may have misstated the facts in some way. Practically speaking, the defense can only make a blind suggestion that there is a possibility that the FISA application may contain false statements or omissions.” She writes that was what Daoud had done in this case. But it is virtually insignificant to the outcome.

Patrick Toomey, staff attorney for the American Civil Liberties Union, which submitted an amicus brief in support of access to surveillance records, previously toldFiredoglake, “Congress intended for there to be a meaningful regime for disclosure of this information to criminal defendants, and instead what the past thirty-six years show is an unbroken line of cases in which disclosure has been barred at every instant.”

Toomey explained that defense attorneys have gone after surveillance records under FISA “very persistently,” and “every single time they’ve been denied.”

That record of non-disclosure will now continue.

“Not only do we agree with the district judge that it is possible to determine the legality of the government’s investigation of Daoud without disclosure of classified materials to his lawyers; our study of the materials convinces u that the investigation did not violate FISA,” Posner concludes.

“We shall issue a classified opinion explaining (as we are forbidden to do in a public document) these conclusions, and why therefore a remand to the district court is neither necessary nor appropriate.”

In other words, government secrecy at the expense of the accused being able to put on a proper defense wins again.