Will Gangland-Style Executions of Police Officers Be Enough to Get Our Attention?

Oxdown Diaries
0 0
Will Gangland-Style Executions of Police Officers Be Enough to Get Our Attention? Oxdown Diaries 2014-06-14 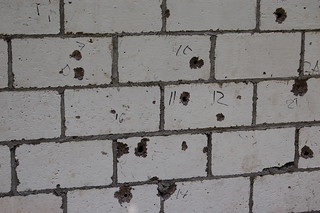 Revolutionary violence has a history in our country. So does domestic terrorism.

The protests in Wisconsin a few years ago were a really clear example. Large corporate outlets have been long settled into a neoliberal economic framing. Capital mobility is the new reality. International agreements that facilitate it are merely expressions of that reality; issues like collective bargaining and establishment of community standards are fondly regarded but antiquated notions in our brave new world.

So when Madison erupted over union representation, many outlets didn’t have any sensible language for describing what was going on. As a result, a huge story was mostly ignored. (Interestingly, many of the themes from it foreshadowed the Occupy movement later that year, which was similarly blacked out in its first weeks.)

Sometimes, though, a story gets ignored because it has simply become too routine to be considered news any more. Gun violence in urban areas like Chicago is not a national story now (if it ever was), and school shootings appear to be getting regarded as less and less newsworthy. After Tuesday’s shooting in Oregon, CNN initially tucked it under an “OJ 20 years later” story. CNN’s Wes Bruer initially tried to explain why it was right to do so, but ending up falling back on a defensive “the other guys aren’t covering it either” reply. Perhaps related: CNN followed up the next day with a “this is becoming the new normal” story.

Treating the proliferation of gun violence as routine means relegating certain stories to the sidelines. A four hour pursuit and standoff with an automatic weapon-wielding gun nut that winds through neighborhoods, evacuates schools and concludes with the suspect getting smoked out? No body count, so don’t bump it. Bulletproof blankets to shield kids during school shootings? Just another day in America.

We might be starting to see some changes, though. Some on the left have urged the media to make the connection between violent right wing rhetoric and metastasizing gun violence. While that isn’t a new observation, it’s starting to get picked up in established outlets. One of my regular reads, Esquire blogger Robert Bateman, has announced his intention to focus his post-military career on the issue. Moms Demand Action has a passionate and grassroots approach reminiscent of Mothers Against Drunk Driving, and I don’t think many people would dispute MADD’s success in changing both laws and culture on that issue.

If none of that is considered a sufficiently compelling news hook, how about this. I know the Republican establishment is currently voiding its bowels over the teabaggers claiming the immaculately coiffed scalp of Eric Cantor, but the gun violence coming from the ammosexuals has a character to it that demands a response from GOP leadership. We now have armed right wing extremists targeting law enforcement officers for summary execution. That’s not just a horrific crime, but a political statement as well.

John Boehner and others at the top of the party should be very specifically and persistently asked how they characterize political murder, and where they draw the line between a horrific crime and domestic terrorism. The execution of police officers doesn’t qualify for Boehner. OK, fine – then what does? Does Boehner consider the Oklahoma City bombing domestic terrorism? Since he doesn’t consider the Las Vegas murders to be, we know that at a minimum he draws the line somewhere between the two. Where is it?

Here’s another thought. The Las Vegas killers were trying to use murder to launch a revolution. That’s something that unfortunately has a history in our country, most infamously with Charles Manson. Does Boehner think there is any difference between Manson and the Las Vegas killers? If so, what are they? He shouldn’t be allowed to keep doing his cigar store Indian impression on this issue, no matter how unfavorable the political environment is at the moment.

Revolutionary violence has a history in our country. So does domestic terrorism. It’s entirely appropriate to link contemporary violence to comparable events in our past, and to get our leaders on the record. Where on the continuum do they place those events? They don’t happen in a vacuum or exist in isolation. Pressing leaders to clarify where today’s gun violence fits in our history might reveal some interesting positions. Might, you know, make some news.

Will Gangland-Style Executions of Police Officers Be Enough to Get Our Attention?