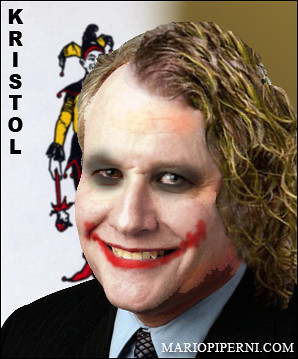 You have to pity poor Bloody Bill

Reading about the current disintegration of, basically, half the Middle East that has inevitably resulted from the colossal blunder that was once called so grandly called “Operation Iraqi Freedom,” I once again seethe at, well, Bloody Bill Kristol’s continued existence on this earth.

It was he who had either the gall or stupidity to airily dismiss ancient conflicts between Sunni and Shia Muslims as “pop sociology” because Iraq was a “secular country.” Really. And how did that turn out?

It was an impressive bit of propaganda on two levels; associating quite prescient anti-war sentiment with hated liberal academia, and it certainly had the desired effect at the time.

But what Kristol said was unintentionally revealing to anyone with a working knowledge of what, exactly, the term “pop,” when applied to an academic discipline, really means. It comes from the fervent revulsion conservatives have to anything new and revealing, especially put together.

When I was at U of O, I took a “pop psychology” class called “Personality,” just because it sounded more interesting than Psych 101, and it was. We studied, among others, Maslow, Fromm, and Jung, encompassing much of the best postwar thinkers in that field. Most were profoundly affected by the rise of fascism and its psychological roots.

And yes, most of the books had sold well commercially, but that’s because they were accessible books on a subject that was rapidly evolving at the time. And you’d only have to read a few pages into any of them to conclude that Bill Kristol belongs, along with his militarist kindred, in a rubber room. The only thing he hates more than peace is “pop” anything, a trait not uncommon in self-entitled legacy hires the world over.

Beginning with Nixon, it became an article of faith on the right that any study of human behavior, especially among the rabble, was suspect, not just because it was elitist and liberal like all the humanities, but because so many of them knew, deep down, that they ought to have their heads examined, as my grandmother would have put it.

In some small way, you have to pity poor Bloody Bill: just as Iraq has returned to viciously bite his pampered ass, “pop sociology” snuck and sank its jaws into the other cheek.