Interregnum: After the ball was over

This week William Hague, Britain’s foreign secretary, told the inaugural London Conference hosted by Chatham House that the world was not simply going through a difficult patch, but had entered a period of ‘systemic disorder.’ Financial Times

Nowadays, both advanced economies (like the United States, where unlimited financing of elected officials by financially powerful business interests is simply legalized corruption) and emerging markets (where oligarchs often dominate the economy and the political system) seem to be run for the few. For the many, by contrast, there has been only secular stagnation, with depressed employment and stagnating wages. Nouriel Roubini

The crisis consists precisely in the fact that the old is dying and the new cannot be born; in this interregnum a great variety of morbid symptoms appear. Antonio Gramsci

After the ball was over

Nellie took out her glass eye

Put her false teeth in water

Corked up her bottle of dye

Put her false leg in the corner

Hung up her wig on the door

And all that is left goes to bye byes

After The Ball Was Over 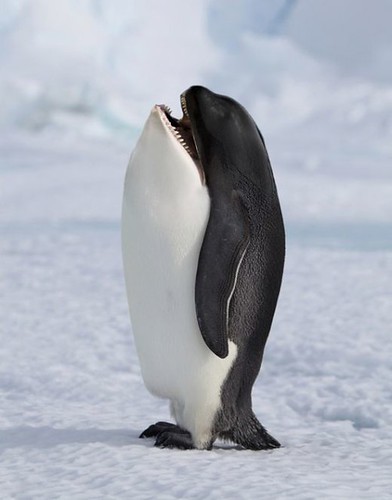 What kind of animal are we talking about?

I have to admit that I’m getting bored, but bored as combat soldiers get bored, where fear and boredom mix. Bored with the “systemic disorder” of the “interregnum,” the randomness, chaotic entropy of it, which defies rational ordering or analysis: anxiety without any horizon.

At the bottom there is something very simple: when they asked the legendary Willie Sutton why he robbed banks he replied, “because that is where the money is.” The money is in tax-havens and it must be taxed and redistributed if humanity is going to have any chance of a “human” future.

It would seem much more useful, in terms of building the capacity to address the environmental crisis, to frame the issue of the environment as linked to a broader struggle that includes the redistribution of income and wealth to more equitably share the costs of environmental restraint; a cultural shift in the balance between individual consumption of goods and collective services; the development of public spaces and desperately needed infrastructural renewal (including mass transit); and the conversion of potentially productive facilities rejected by the market to the production of socially useful and environmentally necessary products and services. Such a framing would also tie the environmental crisis to the obvious need to place democratic planning on the agenda and go so far as to start talking about making private banks into public utilities so that we have access to the financial resources to carry out the above initiatives. Sam Gindin – Jacobin

Alas, who is going to ever bell this cat?

Interregnum: After the ball was over