Teleportation, Brain implants and the future …… the “Off Button” 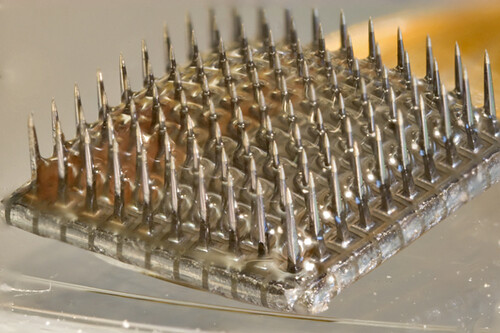 A friend posted this link on FB. That Dutch scientists have unlocked the secret to teleportation. This is quite big, but I often wonder what other “advances” have been made or in the [not to distant] future.

The computer processing power needed to perform this would be huge,but we now have the equivalent of a massive computer on a chip and the chips are getting smaller and more powerful all the time.

Which brings me to brain implants or chip implants.    As of 2010 when this article was written, there were 80,000 people with chips in their head. Mostly for various neural disorders. With the NSA spying and tracking, gathering of peoples images to fill facial recognition databases – the following fictional story is not that far fetched. And may not remain fiction for very long

By the early 21st century brain implants had become common. To treat everything from hearing to mental disorders. By the middle of the 21st century it looked as if teleportation would be just around the corner. This would be a boom to to transportation but a major head ache to law enforcement and especially the government agencies,  who wished to keep track of everyone. How would they keep track of people who could move about at will, almost instantly.

A bill was stealthy passed to authorised the development of a chip for each person with a unique ID embedded to identify the carrier. One of those bills tacked on to some innocuous legislation.  It would not be required to be implanted but if you were in the hospital, the procedure was done and then you would told after the fact. Most people began to accept this as normal.

There were those whop resisted and were repulsed by this, including those in the medical field. And underground marked arose of neuro-surgeons and alike to remove the chips. Some deciding not to perform the procedure at all.

As with all similar technologies, it did to stop there   ….

There had been another food protest in LA. With the drought in it’s 15th year, they had become more and more frequent and more and more volatile.  He was a detective for the LAPD assigned to keep track of who attended, which groups. Most particularly one known as “The Mew Humanists”. Branded as a domestic terrorist organization but never had any thing really pinned on them. They were suspected in a number of high profile “accidents” including that of some Wall Street big wigs whose limousine had mysteriously plunged at high speed into the East River in NYC. Drowning all the occupants.  With the car doors permanently locked. After weeks of intense examination it was determined the vehicle computer was hacked to do this. But pinning any of this would be difficult as they could not be tracked. The members had no chips in them or had them removed.

She had been hanging around the New Humanists for a while and was seen in their presence of them now. He needed to take her the station for interrogation but without tipping anyone off. She knew something was up and he knew it. He took his ID and disabling device out and snapped a pic of her face. These implants now have to ability of rendering the wearer  incapacitated. Just take a picture of their face and the facial recognition data base does the rest. Sending back a unique key so to activate the software to incapacitate. Then push a button, handcuff as usual.  But his device had a second button. The ability to activate hidden code in the chip to kill. You have to hit the second button in less that a second of the first or it did not work.

He took the pic but she saw and recognize him. Began to move away. Once in the crowd, apprehending her would be difficult. He pushed the first button but she recovered and got up. He pushed it again and then the second button. She immediately dropped. He rushed over and felt for a pulse There was none. He called it in and began CPR, though he knew is would be a wasted effort but he had to give the appearance it was an accident . The kill code would lock in, designed to interrupt the medulla and causing cardiac arrest and respiratory arrest.  The paramedics pronounced her dead at the scene.

The chip removed by the medical examiner and destroyed. Cause of death, cardiac arrest. Cause unknown.

Think this all unlikely or dubious ? The technology to do all of this is available right now and our passive/aggressive society would be OK with it.

Teleportation, Brain implants and the future …… the “Off Button”