It was deeply cathartic to watch NBC’s Brian Williams interview Edward Snowden; the overpaid and overconfident Ken doll of the MSM visibly learned something and on national television, to boot.

One, that a guy half his age was almost laughably smarter than he was, and two, that his “sources,” upon whom he has so obsequiously relied upon all these years were so full of shit it sticks out.

Although the precocious teenager Luke Russert thought Snowden’s beclowning of his entire industry was attributable to media coaching, or something, more seasoned hands like Williams himself and that wizened cocktailhag Andrea Mitchell, knew they were simply overmatched, and glumly admitted so, albeit circuitously. 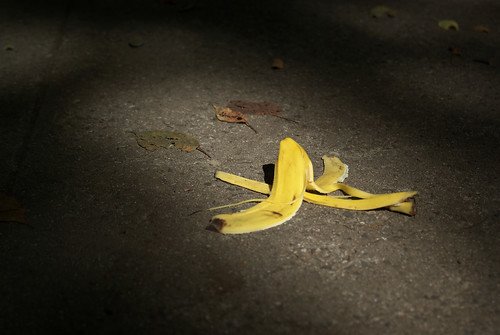 What Snowden has done is left a trail of banana peels, and all the right people are slipping on them.

Each time Williams trotted out some tiresome claim from the panty-sniffers and transom-peekers who supposedly are Defending Our Freedoms, Snowden dispatched it with an almost deferential grace and calculated precision that left Williams stammering.

Visibly and on camera, Williams and his colleagues basically came around to the rather obvious (to others) fact that all this time they had been wrong, and maybe throwing their lot with Dick Cheney and his ilk might have been a bit of mistake.

The most delicious piece of schadenfreude of the whole episode was, and remains, that Snowden has handily discredited each and every “liberal hawk” that has, like a moth to a flame, leapt to smear him.

By protesting entirely too much, they have drawn long overdue attention to their own epic wrongness on everything that matters since Sept. 11, 2001.

Michael Kinsley, George Packer, John Kerry, Hillary Clinton, and yes, Barack Obama, among many others, all have made total asses of themselves attempting to criminalize Snowden, and that even a dummy like Williams and a courtesan like Mitchell have to admit it smells like progress, or at least as much as we can expect.

What Snowden has done is left a trail of banana peels, and all the right people are slipping on them, probably by design, if this interview is any indication.

That NBC quite surprisingly, or grudgingly, failed to do so makes me uncharacteristically optimistic.

Whether or not you like haggish rantings like mine, or prefer the more legitimate journalism that occupies these pages before cocktail hour, all of us are a part of FDL, and get out of it more than we put in.

Join me in chipping in to keep FDL running; it’s worth it.