The War on Poor Women in Kansas Continues 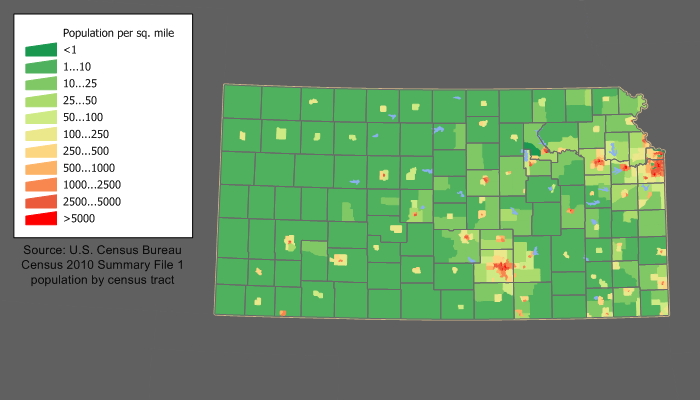 Planned Parenthood has been under attack in Kansas for years, as a part of the right wing’s drive to make the state #1 in keeping women from obtaining accurate reproductive health care information and making their own informed medical decisions. Several years ago, the Kansas legislature passed a bill put forward by then state senator Tim Huelskamp (yes, the same Tim Huelskamp that has been a thorn in John Boehner’s right side, who wanted to strip away Hurricane Sandy relief funds, etc.) that required that the state health department give priority to public health departments and hospitals in allocating its federal Title X money, rather than clinics that are more narrowly focused. This was not about being more careful about spending scarce dollars, but was crafted specifically to eliminate money from reaching Planned Parenthood. While a court challenge initially succeeded at striking down the law, an appellate decision last April reversed matters. Planned Parenthood decided not to appeal, and instead has moved ahead on revamping their programs.

“Revamping” means “cuts,” and yesterday they announced they were closing their clinic in Hays — the clinic that serves poor women in a big chuck of a big state — and devoting the rest of their already-stretched resources to their clinic in Wichita. As ThinkProgress observed,

Before that [appeals court] ruling, the two Planned Parenthood clinics in Kansas used Title X funds to provide birth control services to over 9,000 women, as well as 8,000 STD tests. But now, Ellis County will be left without a single Title X provider.

The Title X program is a crucial safety net for low-income women who cannot otherwise afford preventative health care. Even Republicans acknowledge that it’s a cost-effective program for preventing unintended pregnancies, which ultimately saves the government money. Nonetheless, this type of funding has been jeopardized by partisan crusades against abortion, as anti-choice lawmakers have attempted to target Planned Parenthood at any cost. This approach is particularly ironic considering the fact that Title X funds are already prohibited from going toward abortion.

For those not familiar with Kansas, it is a geographically big place – roughly 400 miles from Colorado to Missouri, and 200 miles from Nebraska to Oklahoma. The population is not distributed equally, but is heavily concentrated in metropolitan Kansas City and Wichita. Many statewide organizations have metro KC offices and Wichita offices, and then struggle to figure out how to help those in the vastness of western Kansas. This has been a particular problem in health care.

To help put Hays in context, let’s look at another map: a map of congressional districts. Hays is in the middle of KS-01, just to the northwest of the “1” in the map, roughly halfway between the cities of Russell and WaKeeney. Folks in the purple of KS-04 go to Wichita for their “big city” stuff, folks in the blue of KS-02 and the pink of KS-03 head to metro KC, and for lack of other options, Hays with all of its 21,000 people is what passes for the “big city” in KS-01.

Would it surprise you to learn that this is now-Congressman Tim Huelskamp’s district? I didn’t think so.

It’s also the home to Fort Hays State University, where Nicole Elwood of FHSU’s Tiger Media Network noted how this closure will affect their community:

With Planned Parenthood closing contraceptive services for women making them less available, the Fort Hays State University Student Health Center has a risk of getting more women patients in the fall semester.

“I am sure we will see an increase during the fall, however we do services that Planned Parenthood would do at student rates, but we only can service students and faculty members because we are a campus provider,” said Melinda Wells, Student Health Center Advanced Registered Nurse Practitioner.

If you’re poor and part of the Fort Hays State University community, you might be spared the worst of these cuts. It will cost you some of your meager funds to get what was free (thanks to Title X funding) at Planned Parenthood, but you won’t have to hit the road to Wichita or KC to get that pap smear, birth control, STD testing, and the other help you need with your reproductive system.

But if you’re poor and not part of the FHSU community, you can thank your member of congress — Tim Huelskamp —  for all his help with meeting your reproductive health care needs.

Map of the Kansas Congressional Districts from NationalAtlas.gov (public domain)

The War on Poor Women in Kansas Continues