Over Easy: News from Outside the Usual 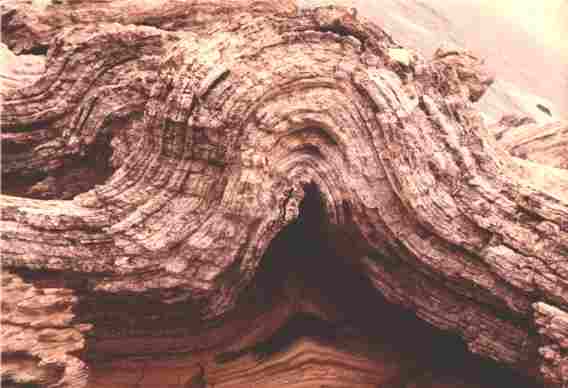 The U.S. dollar was out on the streets in a deal entered into by Russia and China, agreeing to trade in their own currencies.   This was followed by a massive natural gas sale that has been worked out over ten years, to China from Russia.

“Breaking the dominance of the U.S. dollar in international trade between the BRICS is something that the group has been talking about for some time,” said Chris Weafer, a founding partner of Macro-Advisory, a consultancy in Moscow. “The Ukraine crisis and the threats voiced by the U.S. administration may well provide the catalyst for that to start happening.”

To be sure, the Russia-China bank deal is mostly a symbolic step. Liza Ermolenko, an emerging markets economist at Capital Economics in London, said that the deal was still “a very small one, in the grand scale of things,” and that it wouldn’t change Russia’s reliance on the dollar “overnight.” Most of Russia’s export contracts in the oil and gas markets are still priced in dollars, she noted, and on a wider scale, replacing the dollar with the ruble is much too risky to even consider.

Likewise, even though China has agreed to the gas deal, which could see over $450 billion of Russian natural gas flow from eastern Siberia into China over the next 30 years, Russia is not in a position to abandon its ties with Europe.

“From the commercial standpoint, Europe is the most profitable market for Gazprom,” said Mikhail Korchemkin, the founder of Eastern European Gas Analysis, who has consulted for Gazprom, the Russian state-owned gas company. “Exports to China can generate a small profit, [but] only if the government makes it free of taxes and duties.”

But the bank deal is another indicator that Russia and China are in the middle of a wider rapprochement, which analysts say is premised not on ideological alignment but on a mutual desire to undercut the U.S. in their respective spheres of influence.

Separate from that political posturing, the Russian imperative to find new markets for its energy exports is nonetheless very real. Energy demands in Europe have plateaued and may even decline in the long term because of stringent environmental regulations.

At the same time, Israel and China were signing agreements to develop technology for the future together at a joint conference in Jerusalem at  the Israel-China Economic Summit this week.

“The science and technology of Israel need market potential and also market rules, and Zhejiang is a great partner,” Zhou Guohni, director- general of Zhejiang Province (population 55 million), told The Jerusalem Post at the signing in Tel Aviv. “We are facing a transformation and upgrade of the industry, and we need Israel’s technology to help transform and upgrade it.”

The Economy Ministry’s Chief Scientist Avi Hasson said the agreement “will help many Israeli companies expand into the Chinese market and marks the next stage in the economic and technological relationship between our two countries.”

Attorneys for Guantanamo detainee Abu Wa’el Dhiab have been cleared to view footage of forced feeding of their client, a first admission that such films even exist of the practice which is considered abusive:

District court judge Gladys Kessler, of the Washington DC circuit, rejected an argument from the government that the tapes were irrelevant to Dhiab’s unusual lawsuit, which seeks to get a federal judge to set the conditions of his military confinement, which Dhiab considers amount to torture.

One of Dhiab’s attorneys, Jon Eisenberg, said the government possess thousands of tapes detailing feeding and cell extraction conditions of the other detainees. Over 100 Guantánamo detainees participated in the 2013 hunger strike, which garnered international attention and an information blackout from the military command overseeing the detention center.

While California may not qualify as foreign territory, interesting developments there reflect on growing doubt about ‘information’ oil companies issue to promote petroleum extraction.  Estimates of recoverable oil from shale have been backtracked by 96% in developing fields of the Monterey, CA, deposits.  This coincides with warnings issued formerly by Association for the Study of Peak Oil & Gas USA (ASPO-USA) about over-optimistic predictions of the available oil resources, and previously expressed doubts wherein ‘Dallas Federal Reserve advisory board member Deborah Rogers brought out a startling lack of geological evidence that there is present in shale enough gas reserves to justify the expenses of drilling’.

While the Bakken and Eagle Ford shale deposits are “relatively even and layered like a cake,” the L.A. Times said, the 1,750-square-mile Monterey Shale has been “folded and shattered” by earthquakes — meaning the oil is lodged too deep to recover with currently available technology.

For some, the EIA’s new estimate confirms what they’ve been saying for years. Shale oil is notoriously hard to extract because it lies within shale rock formations underground, so drillers have been forced to use more controversial, unconventional methods to get it out of the ground.

The most widely used of those methods has been hydraulic fracturing, or “fracking,” a process by which drillers inject high-pressure streams of water, chemicals, and sand into underground rock formations, “fracturing” the rock to release oil and gas. Ironically, that process has also been shown to cause earthquakes, the very problem which makes the Monterey Shale’s oil even more difficult to get at.

The outcroppings of radical hate language is hardly confined to AZ where the Bundy ranch seemed to attract extremists against U.S. government.  In Israel, a furor has occurred about one rabbi who called for taking knives to the government.

“On Shabbat I spoke to my kids, and I said that Rabbi Shteinman spoke and said ‘practically speaking we have today Haman, Amalek, all of this government, and the way is to take knives and to kill them, like with the [ancient] Greeks,’” Kaplan said.

“So why aren’t we doing it? Because, he said, ‘I don’t know who the general is to run the war. If I would know who is the general we’d go out with knives.’ This is what Rabbi Shteinman said. There’s a war on religion.”

Maybe there’s a War on Christmas we didn’t even suspect.

Over Easy: News from Outside the Usual