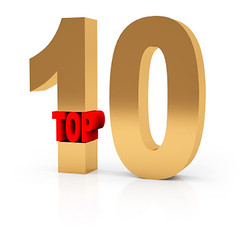 There are many diverse reasons people claim to support marijuana legalization but almost everyone who opposes it cites health and safety concerns. This was the result of a new study by the Barna Group.

The study found there is no one overwhelming reason people say they support legalization. For some, economic arguments are the most persuasive while others cite its relative safety, or the fact people are going to smoke pot anyway. According to Barna Group, the top reasons people claim they back legalization are:

By comparison among people who oppose legalization almost everyone pointed to health or safety concerns.

09% – Marijuana is not good for you
09% – There is a substantial risk of driving impairment
06% – Concerned about the danger of abuse or addiction
06% – Point to pot’s reputation as a gateway drug
04% – Say drugs, in general, should not be for personal recreational use

While undoing decades of anti-marijuana government propaganda is not easy, this provides insight into where the marijuana reform movement’s outreach might be most fruitful. Repeatedly highlighting the science which shows marijuana’s potential medical benefits, indicates it is relatively benign for individuals, and doesn’t cause as significant impairment behind the wheel as alcohol could really help change some minds.

Of course opponents of legalization read the same polls, which is why trying to hype the perceived dangers of pot has long been their main argument.

One note of caution:  this is the type of question some people will lie to surveyors, and even themselves, about. People might feel induced to provide a more rational sounding answer to justify their opinion, even if that is not the true reason for their position. No amount of public health research will change their position if their opposition to marijuana is really based on some unrelated reason they aren’t talking about.