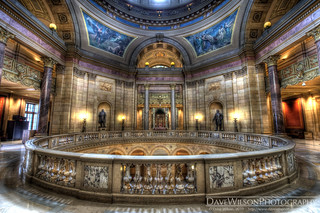 Leaders from the Minnesota House and Senate announced Thursday they had reached an agreement on medical marijuana. Last week both chambers each approved separate medical marijuana bills but there was significant difference between them which needed to be addressed. This final bill is expected to be voted on very soon and then sent to the governor for his signature.

Under the compromise plan Minnesota will have an extremely restrictive but potentially viable medical marijuana program. Patients with specific medical conditions will be able to register to take part, with a doctor’s recommendation.

The compromise will allow for two medical marijuana manufacturers and an additional eight distribution centers located around the state where patients can buy their medicine.

Patients will not be able to get access to actual plant material, but will be able receive extracts made from the whole plant. They can use these extracts for oral consumption or vaporization. Smoking or vaporizing actual marijuana buds will not be allowed.

Assuming this plan becomes law, Minnesota would arguably have the most restrictive medical marijuana system in the country, which is now a CBD-only law.