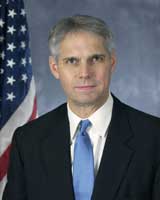 Agents from a Secret Service surveillance team detailed to patrol the White House compound and protect President Barack Obama were ordered to go watch the home of a neighbor of a “personal friend” of the agency’s director, the Washington Post reported.

Remarkably, this is one of those instances (yet again) where government employees sought to go through “proper channels” in order to blow the whistle on what they thought was a “potentially illegal use of government resources.” No person in the Department of Homeland Security’s Office of Inspector General (OIG) took internal action to appropriately investigate and hold any officials responsible. And so, that left three unnamed employees little choice but to go to the press and reveal this act of clear corruption in order to attain some accountability.

It appears to be working. NBC News has reported that the current Secret Service director, Julia Pierson, has “asked the Department of Homeland Security inspector general to look into the accusations of improper use of resources nearly three years ago.”

From June 30, 2011, to August, according to the Post, then-director Mark Sullivan was “concerned” his assistant, Lisa Chopey, was being harassed by her neighbor, Michael Mulligan. Two agents from the Prowler team were ordered to go to the home of Mulligan and his then-girlfriend, Brenda Allen, in La Plata, Maryland, once in the morning and once in the evening.

In unmarked black vehicles, such as an SUV or an “American-made sedan,” agents reportedly subjected Mulligan and Allen to what the couple called “mysterious surveillance.” It was all part of an operation called “Operation Moonlight.”

Mulligan told the Post, “There was all these cars down there for months,” and, “They parked everywhere. It actually scared us. I wasn’t sure if it was police or what.” Occupants would not tell them who they were, and the couple “barely went outside their house when the cars were there.”

Eventually, tensions between the Chopey family next door and the surveillance led them to move, and by the fall the Secret Service was no longer sending agents to patrol the area.

The Post explained, “The agents thought the reassignment was a potentially illegal use of government resources. They were concerned enough about their own liability that they kept records of their involvement and their superiors’ instructions.”

“Some reported the operation to the inspector general for the Department of Homeland Security, the Secret Service’s parent agency.” However, “People familiar with the operation said a Senate committee’s recent finding that the former DHS ­inspector general softened and delayed investigations — particularly those critical of administration officials — renewed frustration that the issue may have not been properly investigated.”

Indeed, the report from the investigation does not specifically suggest senators were investigating any abuses of power like this one. The inquiry only seems to have looked into the “investigation into US Secret Service personnel in Cartagena, Colombia in April 2012” and whether the DHS inspector general engaged in a coverup.

Charles K. Edwards, the inspector general who was placed on administrative leave as this Senate report was released, socialized and formed close relationships with senior officials in DHS. He “directed reports to be altered or delayed to accommodate senior DHS officials.” He also created a “hostile work environment” in the office.

From the Senate report, an “official characterized the office as a ‘toxic, totally dysfunctional and oppressive’ work environment characterized by low morale, paranoia, and fear. Another official described the atmosphere of the OIG as one of ‘[c]omplete terror,’ such that ‘there were times that [they] couldn’t even get up out of bed, [they were] so emotionally scared, drained.'”

Also, one OIG employee explained that “more experienced senior officials refrained from criticizing Mr. Edwards out of fear of repercussions.” Anyone who disagreed with Edwards was no longer considered loyal. This resulted in a “steady exodus of agency staff.” One OIG official even said Edwards’ management style was, “My way or the highway, and if you don’t like it, I will either put you on admin[istrative] leave or I’ll make sure that you leave.”

This is the culture that these employees had to overcome in order to force some kind of meaningful action. Is it any wonder that no one investigated allegations of abuse?

The constant refrain from officials in government and pundits in media is that there are “proper channels” available for someone to blow the whistle on waste, fraud, abuse or illegality.

In condemning former NSA contractor Edward Snowden for revealing top secret surveillance documents, they’ve said an employee can go to an inspector general. An employee can go to Congress. An employee does not have to leak to the press. But, neither the inspector general nor senators in Congress managed to properly act on information that suggested the agency’s director had launched his own personal surveillance operation.

Why didn’t anything come out of an investigation? Were senators not looking into how the leadership was abusing resources for their own personal issues? Was the Secret Service actively concealing details of this surveillance operation? Or were senators too accepting of the statements from management, who claim the operation lasted only a few days around the Fourth of July and was part of a “standard response”?

Answers to those questions are unknown at the moment. However, if everything is as the Post reported, employees were aware they were being asked to engage in corrupt activity. They documented this activity, and the office that was supposed to act as a watchdog did not act as a watchdog by appropriately following up on their allegations.

The employees could wait no longer. It was time to enlist some help from journalists and make “Operation Moonlight” public.