Why We Don’t Have Good Jobs! 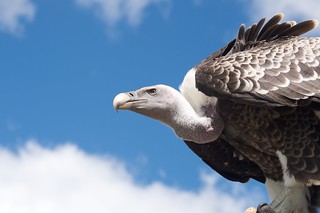 It would be great to put some restraints on vulture capitalists.

Remember the idea “It’s the economy, stupid!”?  Remember the concern about income inequality?

In Britain, there is a vigorous discussion about investment, technology, and good jobs.  “Business Secretary Vince Cable has told MPs the government will not let Pfizer use the UK as a tax haven and promised to secure British science jobs.”  And later:  “The chancellor says he will take a “hard-nosed approach” to determine whether Pfizer’s proposed £60bn takeover of UK firm AstraZeneca will deliver for UK jobs and science.”

Funny that.  In the US, the “liberal” party called Democrats is dithering about whether to support an increase in the minimum wage.  In Britain, a cabinet member of the conservative party is speaking out strongly to protect good jobs and to prevent looting of corporate resources.

It would be great to put some restraints on vulture capitalists in the US who loot productive companies and lay off workers, then hide the money in overseas tax havens.  It would also be great to protect good jobs from the start instead of only arguing about how to fix the safety net after people have already fallen out of the middle class.  I share the concern about low-wage workers, but it would be nice to have some concern about the 1% who are looting capital, laying off workers from good jobs, and only then showing compassion for those at the bottom.

Can we find a better example of the thorough incompetence and indifference by the Democrats in the White House and US Congress?

Why We Don’t Have Good Jobs!