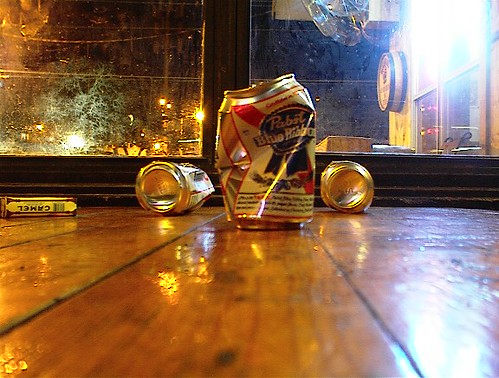 Obviously, the legalization campaign is in no danger of losing the money. The scientific research is clear on the relative danger of alcohol and marijuana use.

This is one of the better political stuns I’ve heard about in a long time. The Alaska marijuana legalization ballot initiative campaign promised to donate to their opponent’s campaign if they can prove alcohol is safer than pot. From the Alaska Dispatch:

In a Wednesday morning press conference, supporters of the Campaign to Regulate Marijuana Like Alcohol in Alaska stood outside a downtown Anchorage office building with a giant novelty check written out to “No on 2/ Project S.A.M.” for $9,015 — the same amount of money the alcohol lobby donated to former Rhode Island Rep. Patrick Kennedy during his time in office. Kennedy is the co-founder of Smart Approaches to Marijuana, a national group that opposes marijuana legalization.

The event served as a challenge to opponents of the Alaska measure — a group collectively known as “Big Marijuana. Big Mistake. Vote No On 2”– to show the public the science proving that marijuana is more dangerous than alcohol.

Obviously, the legalization campaign is in no danger of losing the money. The scientific research is clear on the relative danger of alcohol and marijuana use. And Americans are quickly coming to understand this. The latest Pew poll found 69 percent think alcohol is more dangerous to an individual’s health than pot, while only 15 percent see pot as more dangerous that alcohol.

This “marijuana is safer” message proved to be very effective in Colorado during their 2012 legalization campaign and it should be a big focus in Alaska this year as well.

Jon Walker is the author of After Legalization: Understanding the future of marijuana policy. The ebook is on sale for $1.99 his week in celebration of 4/20.

Nothing Will Convince Shrill Critics Snowden Is Not a Kremlin Tool